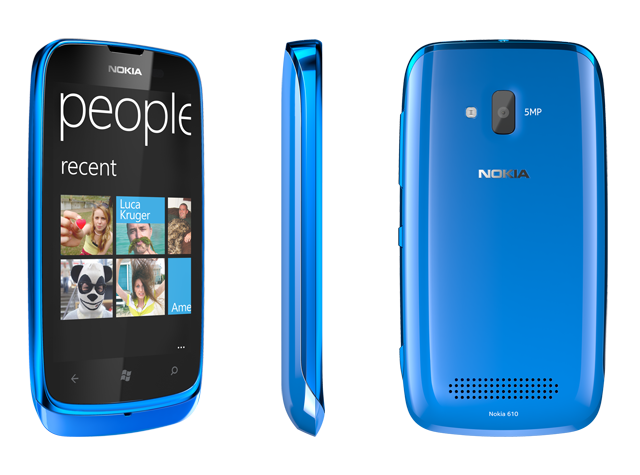 An incredible selection of mobile phones and tablets have dazzled visitors who were lucky enough to visit Mobile World Congress. The phones launched at MWC will soon arrive on the market. To avoid FOMO, we have compiled a list of some of the tastiest phones that you may have missed out on. Despite its utterly ridiculous name, Huawei may have stolen the show with this quad-core beast. Huawei, best known for phones we’ve never heard of delivers true innovation with the D Quad. The screen resolution is a stunning 330 pixels per inch, just 4ppi above the iPhone 4S. This, plus a 4.5-inch 720p (1280×720) screen and 1080p video recording turns the D Quad into a formidable iPhone killer. With ICS as the OS, Huawei may rock the smartphone boat with this one. Huawei is also bringing out its own quad-core tablet, the MediaPad 10 FHD. Nokia calls the Lumia 610 its “budget-friendly” Windows Phone handset and at a price of US$254, who are we to argue with the Finnish giant? The 610 runs an 800Mhz Qualcomm CPU, is powered by 256MB RAM and uses 8GB of non-expandable memory. The WVGA or 800×480 LCD screen has been described as “clear” by those who have had a hands-on with the device. It may be a cheaper phone, but it does not look or feel cheap. This is the ethos Nokia is handing down with its latest Windows Phone. A 5-inch, 1.5Ghz display with a dual-core Snapdragon S4 CPU? Yes please. From who, Panasonic? The company who made my vacuum cleaner? No thanks. My schizophrenic personality aside, the Eluga Power packs enough meat inside its core to warrant a purchase if my iPhone ever goes belly up. NFC, an 8mpx camera, Ice Cream Sandwhich and 8GB of upgradable storage to 32GB via a microSD slot promises much for this frankly huge phone. India is one of the fastest-growing smartphone markets and as such, the Intel XOLO was born out of a collaboration between Intel and Indian OEM, Lava International. But onto the phone. The XOLO X900 is a 4-inch, 1.6Ghz, Android 2.3-powered, NFC smartphone which is supposed to release second quarter 2012. The XOLO is highly desirable because it’s India’s first smartphone running an Intel CPU. History in the making, folks.