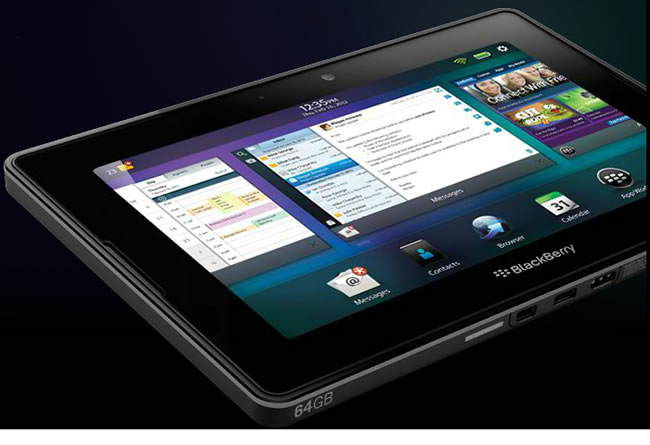 If you own a BlackBerry PlayBook, go to Settings > Software Updates > Check for Updates right now, to download OS 2.0, the PlayBook’s first major update since its launch.

Along with a revamped homescreen experience, the update finally brings native email with a unified inbox, calendar and contacts, with additional social service integration from the likes of Facebook, Twitter and LinkedIn to the PlayBook.

The much anticipated Android App Player is finally here too, which will inject a new selection of apps into BlackBerry App World.

If you own a BlackBerry Smartphone, the updated BlackBerry Bridge app now provides a remote control feature that allows your BlackBerry to be used as a wireless keyboard and mouse for your PlayBook as well as other Bluetooth HID devices.

Other updates include new document editing functions, a new Print To Go app, BlackBerry Balance, an improved browser and an updated virtual keyboard with auto correction and predictive next word completion which learns how you type to enable faster, more accurate typing.

With PlayBook OS 2.0, RIM is also launching its new BlackBerry Video Store which will only be available in the US for now, but is promised to come to other countries later this year.

Check out the full press release below and an in-depth demo here.

Waterloo, ON – Research In Motion (RIM) (NASDAQ: RIMM; TSX: RIM) announced that the new BlackBerry® PlayBook™ OS 2.0 will be released for download today. BlackBerry PlayBook OS 2.0 delivers an enhanced tablet experience and allows you to use the BlackBerry PlayBook in new ways throughout the day – at work and at play.

1) BlackBerry Video Store will initially be available in the United States. Support for other countries is expected to be added later this year.
2) BlackBerry Mobile Fusion Studio can be used to manage BlackBerry smartphones through a single unified console, supporting devices activated on BlackBerry Enterprise Server version 5.0.3 or later.