We are mere hours away from getting a look at Microsoft’s Windows 8 “Consumer Preview” (or beta if you prefer). The wizards from Redmond will unveil the latest version of their operating system later today at Mobile World Congress in Barcelona.

The unveiling will coincide with a public release of the beta, which should become available for download here around 9AM EST. Be ready to wait though, the servers are bound to get slammed by traffic. The download size is estimated to be around the 3GB mark for the 64 bit build.

While we wait in eager anticipation, we look forward to uncovering any new UI tweaks that might have been implemented since the Developer Preview released in September of last year. We also hope to see more Metro style apps being released with the beta.

As the beta is intended for a wider audience it will be interesting to see how the new touch-centric approach in Windows 8 will work in the wild and how the x86/x64 versus ARM technicalities of Windows 8 will affect consumers in the long run.

As Mary-Jo Foley from ZDNet explains: “The x86/x64 version of Windows 8 allows legacy apps (with any associated browser plug-ins) to run on the Desktop. The ARM version of Windows 8 will allow only a few Microsoft apps to run on the Desktop and no plug-ins. But Microsoft isn’t making the ARM bits available to testers to download; instead it will provide them some time, starting in the coming weeks, to select partners and developers preloaded on ARM-based testing devices.”

Whether you’re going to be cautious and run the beta in a VM or bravely install the beta on your production environment, it’s going to be an exciting leap day. Windows 8 is a bold step from Windows 7 and ushers in a new era for Microsoft. 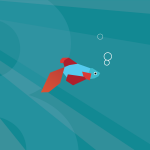