Donald Trump is well known for inventing words, but his latest creation is a little more serious. In a tweet on Wednesday challenging his…

Netflix is investing more creative capital into Africa with the upcoming production of its first Nigerian original series. The company on Wednesday announced the…

Women entrepreneurs in the tech sector in Africa can tap an increasing number of options when it comes to getting funding for their business….

Despite no official news from Sony, PlayStation 4 rumours have spread like a bad virus across the internet. Gearburn.com rounds up the various factoids regarding Sony’s PlayStation 4.

The likelihood of the PS4 being dubbed “Orbis” is low. This is the working title of the PS4 according to this report and is extremely likely to change. Orbis means “circle” in Latin, so a possible “circle of life” deal, tied with the PS Vita? Sounds romantic, but Sony will most likely keep up with the naming convention it’s stuck with in the past.

The PS2 and PS3 all had the endearing feature of backwards compatibility, i.e. users can play older titles on newer machines. Sources say that Sony has no plans to offer this feature in future consoles. Boo! This feature even trickles down to the second hand game market.

Users will either get new games over the PSN network or on Blu-Ray. When the game is first inserted into the console, the PS4 will lock the game into a single PSN account. This doesn’t (or maybe does) mean that the PS4 will have to be always online to play games. Sources have neither confirmed or denied this.

The maddest specs ever

The (mostly) reliable source paints a picture of a crazy 4096×2160 resolution, which smashes past the capabilities of the current generation of HD TV’s. The PS4 will also rock 3D games in full 1080p, a feat which the PS3 could only manage in 720p.

As for the CPU, AMD is now the holder of the torch. There’ll be an AMD x64 CPU and a Southern Islands GPU powering the console.

Thanks be to the mighty source, who has said that a selection of developers have begun to inherit development kits from Sony since the beginning of 2012. The hope then is that units will begin to filter into the users hands come holiday season 2013.

Whatever happens, expect a PS4 unveiling at next year’s E3 in June. 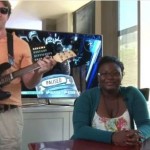