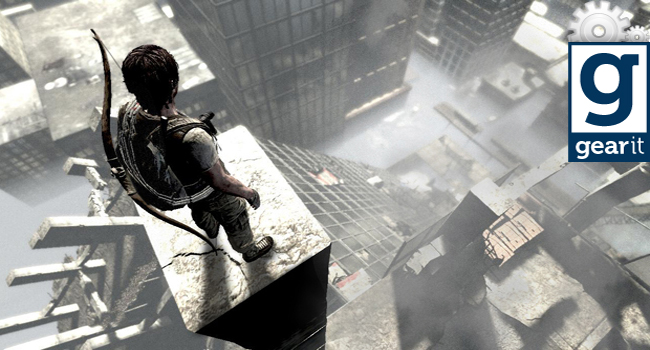 With a turbulent history, I am Alive barely made it out at all. But with developer Ubisoft Shanghai using creative mechanics to overcome technical constraints, they’ve come out with an ambitious, gritty game that is well executed for the most part.

I am Alive was first announced way back in 2008 with a different publisher at the helm and the promise of a big title release. The survival horror game then lost its lead designer and disappeared off the map until mid last year. Fast forward to 2012, and the game has finally reached our digital shelves in the form of a downloadable title for Xbox LIVE and PlayStation Network (PSN).

Grit has a home, and it’s the fictional American city Haventon: the backdrop for our story. One year ago something called “The Event” happened. With toxic dust and rubble everywhere, it’s safe to assume it was the end of the world, bar rubble.

You play as Adam, a lone survivor who was out of town when “The Event” occurred. Separated from his wife and daughter, Adam has been searching for them for the last year. This is where the game begins: with Adam returning to his apartment in the hopes of finding his family waiting. They aren’t there though, and so Adam’s search must continue, only this time with you, the player, at the helm.

Climb it, explore it, kill it

With an emphasis on climbing, exploration and intense enemy encounters, the main focus is always survival. However, a few things threaten Adam’s life: toxic dust blankets the city streets, high falls threaten at every jump, and thugs want your supplies at every corner.

To avoid death, Adam has a few tricks up his sleeve. He is a handy climber – in small doses – and can wield a machete, gun and bow. He is also a fine treasure hunter; “those hidden supplies ain’t got nothin’ on him”.

Climbing is imperative in I am Alive due to the toxic dust lower down. Adam must stay high up to avoid damage, and so traversing skyscrapers and shimmering along train tracks will become common place as you progress through the six hours of game time. 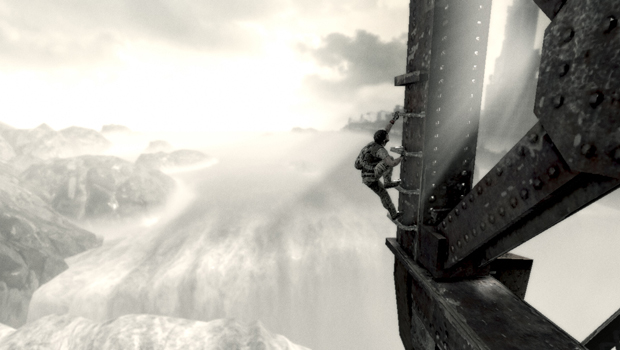 The climbing mechanics feel very similar to the Uncharted series or Assassin’s Creed games, yet Adam has limited stamina. And so unlike his rather godly counterparts, Nathan Drake and Ezio, Adam needs to rest… often. In fact the game is so strict that the moment you begin climbing a stamina gauge starts depleting, even keeping still on a ladder drains it. At your vertical aid are pitons that are scattered around the world, these can be used as rest points along a tough route and so using them wisely is the secret to climbing happiness.

The stamina system may sound like a chore, but it adds a dimension of strategy to what is rather brainless in other titles. Every effort costs stamina and if your gauge runs out, all you have is a small grace period in which Adam can perform one last effort to reach a safe place – if not you’ll rather comically lose your grip and fall to death.

If this happens, fear not, you can retry from your last checkpoint… but only three times. I am Alive makes use of a pretty harsh retry system that means you not only have to strategically manage your supplies and stamina but also your retries (lives essentially) as you progress through this really tough game.

You will die often, and this is where exploration comes in. Although the game is linear, there is the guise of an open world (covered in dust) for you to explore. Hidden around the world are resources, anything from water to gasoline, medicine to retries. Collecting hidden supplies, and especially retries, can be crucial to succeeding, especially in the sidequests.

There are 20 sidequests in total, all triggered by various survivors around the city. Some are more gruesome than others, but these citizens require your help, mostly in the form of supplies. And so having extra items means you can “barter” in a sense, as every sidequest rewards you with a retry.

Combat segments see the game change from third person exploration and climbing to first person aiming and shooting. Ammo is rare and often you’ll only have one to four bullets on your person, and so strategy, rather than brute force, is the key to survival.

When encountering foes, whether a lone thug or a gang of five, the tension is palpable. These scripted sequences see one gang member approach while the others surround you.  You don’t have a choice of where to shoot an enemy, and so combat is more about the order in which you dispatch enemies, and which weapons you use, rather than where you shoot them physically. There are no headshots here, just clever use of one or two bullets, your machete and the environment. The result is a unique combat system, albeit a little repetitive. 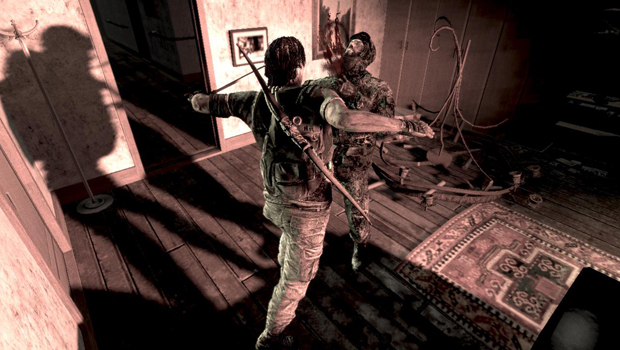 Monochromatic visuals with stark greys, browns and reds really make you feel Adam’s isolation, and even his desperation as the journey progresses. The lighting effects are dazzling, and most textures are simply gorgeous. However the character models and other textures are downright dated, but most of these are cleverly hidden in the dust.

The music and voice acting is top notch, Adam’s gruff pitch is just right and Mei, your child companion for a portion of the game, captures a certain naivety that is heartbreaking against the post-apocalyptic backdrop. The story is predominantly presented through camcorder footage, echoing current Hollywood trends and is told well, despite a rather abrupt ending.

The interface is clean and simple with your stamina and health bar(s) at the top middle and your equipped weapon in the top right corner. Whenever you need information, an easily discarded pop-up appears, resulting in a non-interfering tutorial system, even if it does hold your hand at times.

I am Alive is a game that forced the developers to be creative within their means. With a limited budget they’ve managed to mask a smaller world than they would have you believe and create a sense of a much larger story, even when most of the game is spent alone.

The game relies on mood, of which it has plenty, and although the climbing can be a bit sticky at times and the combat repetitive, it’s the strategy to manage your supplies, stamina and enemy encounters that stands out. It’s not a wholly original story or setting, but the gamer’s experience is well executed.

I am Alive will challenge you in ways other games won’t even attempt these days and so it should be celebrated for its ambitions rather than criticised for its shortcomings.

Downloadable through: PSN and Xbox LIVE

Players: Single-player only (no online)