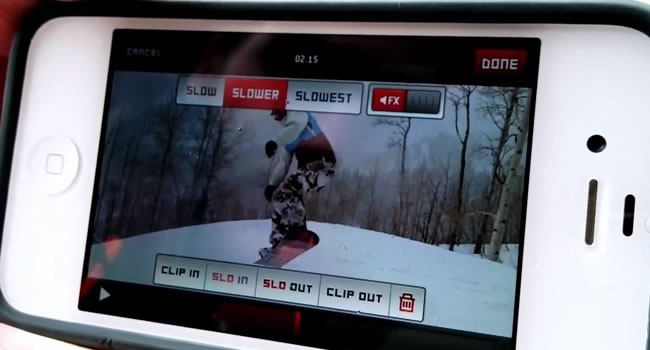 Slowing down video recorded on your iPhone at 30 frames per second (FPS) makes the playback appear jittery. With an iPhone 4S running SloPro, the frame rate is doubled. Your video is recorded at 60fps, so when you slow the video down, it looks as smooth as a video running at normal speed.

The result is stunning and it really works as advertised — there are no software tricks, so no rendering delay — although the resolution of your videos are forced down to 720p.

Using the SloPro editor, you can select the slow motion speed and the sections of the video to slow down.

The free version of the app allows you to export your video to social networks like Facebook and YouTube, but it puts a watermark on your videos. The watermark can be removed with a US$1.99 in-app upgrade and it also gives you the ability to email the video, export it your phone’s Camera Roll or send raw 60fps footage to iTunes for desktop editing.

Features include the ability to toggle slow motion while recording and to trim and change slow motion afterwards if needed.

If you don’t have an iPhone 4S you can still record, edit and share slow motion videos at 30fps.

Check out the video below. 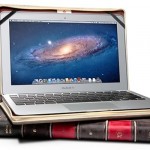