When the HTC One X having landed on our desks at the Gear, we merrily installed a slew of HD titles to test its mettle. We’re damn chuffed to report that five games emerged as some of the best mobile titles to date. The list below is this month’s collection of Android games we are practically forcing you to install.

With gamers gripped in Diablo III fever, titles like Dark Legends pack a true contextual punch. The more popular a title is, the harder it will be emulated. This one’s a “vampire MMO”, but we like to call it Diablo-lite. It’s one hell of an enjoyable game though, and at one point we were gaming with 20+ players. Sure, we’ve played MMOs on handhelds before but Dark Legends pulls it off with a wonderfully corny plot and slick controls. As for the negatives, it’s a freemium title so some of the best weapons and stages have to be paid for. That sucks.

Gameloft excels at creating decent clones of blockbuster mobile titles. Shark Dash is one of those formulaic games which introduces cutesy graphics and a decent amount of sass to shake the Angry Birds tree. Pull the rubber shark, smash the evil yellow ducks and go for the gold coins. Pretty addictive and for a dollar, it can’t hurt to give this a try. Plus it looks smashing in HD.

Whoa, it’s a game that supports 3D glasses. Outside of that, Crash Course 3D: ICE is the spiritual successor to games like Geometry Wars. Shoot everything, power up and keep flying around the titular ice planet until destruction. It looks unbelievable and on the HTC One X, it’s pretty close to arcade perfection.

Sometimes you just want to break things and and blow stuff up. In that case Dummy Defense ain’t the game for you. It’s all about protection you see. Kind of like Angry Birds in reverse. Build structure and protect the Dummy from the elements. Or bombs, whatever the game throws at you basically. It’s a great bait-and-switch and tasks the player to think defensively instead of playing the old game of destroy, destruct and detonate.

This took us by surprise. It’s an incredibly sweet platformer with jazz at it’s heart. You play as Trump, the ultra-stylised musician as he journeys through the story of jazz. There’s plenty of jumping, some light puzzling and an excellent soundtrack. This is what Android does best, present us with unique titles brimming with heart. 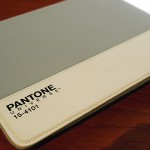