We’ve already detailed the ins and outs of iOS 6 but Apple’s latest mobile OS digs deeper into artificial realism then even we could have realised.

The metallic slider on the iOS 6 iPod app changes tone as the phone is viewed through different angles. Madness. It actually appears to reflect. Seventies style knobs for the win.

That’s pretty much the craziest, tiniest detail Apple has ever added to its software.

It’s also a lunatic idea that we are fully on board with. If this is but one of the incremental visual changes on iOS 6 then we’re salivating at the thought of other “Easter eggs” hidden within Apple’s latest mobile operating system. 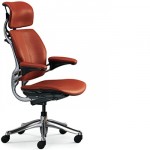