This is big. We wouldn’t call Africa and the Middle East game-starved, but a partnership between Orange and Gameloft will certainly feed the  masses who’ve hungered for sweet, tasty gaming.

Orange, one of the globe’s leading mobile telecoms has jumped in bed with Gameloft, a pretty solid games company, will offer games like Asphalt 6: Adrenaline, Assassin’s Creed: Revelations, Harry Potter and the Deathly Hallows 2 and The Avengers to mobile phone users in the region.

The union first rolled out in the Ivory Coast, Mauritius, Madagascar and Jordan. Games were pre-installed on low-end mobile phones, so we’re taking an educated guess that the mentioned games aren’t made for iOS, Android or the like. These are Java versions of top model games, so the experience is watered down, but no less tasteful.

Third-world countries need games like these. These aren’t users with Galaxy S IIIs or iPhone 4S’. No, these are users with an entry-level smartphone from Samsung per say. A resilient colour screen and tactile keys almost emulate a Gameboy-like ethos. Java titles are the ideal gaming format. Tiny in download size, but loaded with a few hours of time-wasting fun.

Regardless, the service is running across Africa and the Middle East as we speak. For users in these countries who have access to the Orange mobile portal, watch out for these and 300 other titles. Game on. 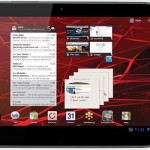