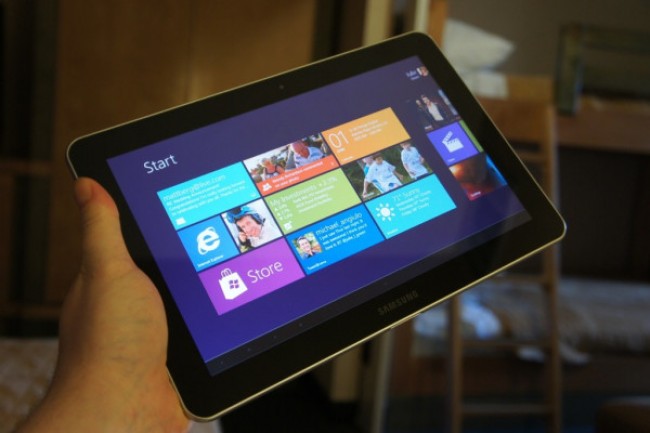 In the smartphone market iOS remains the undisputed king of all smartphones because one device rules the roost.

We can have a small war to say that Android is the king but ultimately that fight would be in vain because not even the mighty Samsung Galaxy S II or S III can even touch the Apple iPhone 4S in sheer marketshare.

If you’re looking at the bigger picture then sure, Android ripped every other player a new one with its 60% marketshare. The fight is relatively over for now. But where it gets interesting is the tablet space. We all know only one tablet and that is the iPad. I have one, and when people ask me if they should get an iPad instead of a laptop I say go for it. Because I know those people don’t use a full laptop, or like to think rationally.

You can fight all you want but we are moving towards a world where the device that you carry, be it a smartphone or tablet will replace your existing desktop or laptop. We’re seeing some great things in the form of the new iPad, or Windows 8. When Netbooks launched everyone went gaga for these amazingly small and powerful devices because they could take them anywhere. With the recent launch of the Surface, it will replace the Ultrabook.

But the real question is, will Windows 8 be able to become a dominant player in this new market which for now remains under the grip of Apple? So the obvious target will be Android. In my opinion Android will be the one that will suffer the most at the hand of Windows 8. In the last few years we’ve seen some dreadful attempts from Samsung, which tried to punt some really nice but ultimately disappointing tablets from Asus. Hundreds of vendors tried and failed at launching a tablet but nobody really cared. You might have bought an Android tablet but if you’re not a fan or someone who wants to customize the tablet then you hated it.

I for one used from the Samsung Galaxy Tab straight through to the Prime and soon the Infinity. Android irked me from the beginning. The only thing great about Android tablets is that sometimes they have great-ish hardware. The software however will not play well with most consumers. The marketplace offered malicious software (until recently I believe) and the software updates are few and far between. Google is about to launch Jelly Bean (Android 4.1), but not even 7% of Android users have Ice Cream Sandwich yet. This is a problem.

OEM’s have realized that due to the overwhelming number of tablets out there, nobody seems to show any interest. Just go to your local tech store and check out the Android tablet stand. Tumbleweeds. You’ll see a hoard at the Apple stand though.

Microsoft showed their tablet OEM’s a reference to how they should design tablets. The Surface is better in every way than what is on offer from any Android OEM. And Microsoft wants to make sure that the market is not overwhelmed by cheap Windows tablets at roughly the same price of the iPad. They need to show consumers the benefits of having a Windows tablet before they even use the software. If an OEM dares release anything lesser than the Surface they will sell nothing. Microsoft made sure of it now.

Android currently holds roughly 30% of the tablet market. OEM’s are shipping these devices but barely sell anything. With Windows 8 on the way it seems to be all in for the release. The concept devices shown at Computex made everyone drool. From extremely well designed tablets to laptop convertibles, Android will need to step up its game.

Android will still be the king of the low powered US$199 device. Windows will take its spot at US$499 and upward price point because why buy an Android tablet when you can get Windows? It has the same battery life, way better build quality and better software, and software upgrades are guaranteed Over-the-air (OTA).

Even if OEM’s are charged the alleged US$85 per license they can still compete with the iPad. If they do it right, that is. If you think that OEM’s will rather dump Windows to save on margins and go for Android or Linux instead, then you’re sorely mistaken. Decent design and great software are always a great way to demand a higher price. If Samsung spent half as much time on their tablet range as they do on their smartphone attempts then it might have better luck.

Android only won the smartphone race because of low cost devices. If it only depended on the Samsung Galaxy S, Android would be sitting at 5%. The tablet game is different. We see that people will rather spend US$500 on a decent device than US$299 for a really sloppy one with a screen that only a mother could love. Amazon learned the hard way.

In less than two years Android will be sidelined to cheaper devices like the Kindle Fire. And Windows will take its place on units similar to the Transformer range. Android cannot compete with Windows, not in the consumer space, nor the enterprise space.

If only Microsoft could release a reference Windows Phone device and get OEM’s to truly make compelling phone hardware then it might edge forward in the brutal smartphone and tablet race.