Since the first iPhone, there’s been a dedicated YouTube app. Now with Apple moving its projects in-house, Google’s fiddly app gets the cut from iOS 6 Beta 4.

First it was Google Maps being axed by Apple’s native 3D mapping system, now it’s YouTube. At least Google has something to say about this coup. As an aside, it’ll still be possible to upload videos to YouTube from iOS 6. Our license to include the YouTube app in iOS has ended, customers can use YouTube in the Safari browser and Google is working on a new YouTube app to be on the App Store.

So there’s that. Let’s hope that the new app isn’t as sluggish and counterproductive as the old app. It’s a good time for Google to bow out of Apple’s iDevices. Hell, it’s got Android to look after. But YouTube promises that’s it’s “working with Apple to ensure the best possible YouTube experience for iOS users.”

We get it, and it’s been a great journey together. We still remember the day we streamed our first Foo Fighters video. It’s all just noise to us now, hopefully Apple’s YouTube app will be a dandy followup to Google’s efforts. 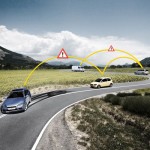