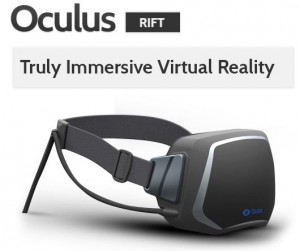 The eighties and nineties birthed virtual reality, but ever since Lawnmower Man, the VR scene’s been a mite quiet. Oculus Rift, the ‘first truly immersive virtual reality headset for video games’ plans to shake the dust of this under-utilised genre with the type of gusto Kickstarter is famous for.

On its Kickstarter page, Oculus Rift has already gathered a shed-load of support from gaming bigwigs such as Doom creator John Carmack, Gabe Newell, President of Valve and Cliff Bleszinski, Design Director for Epic Games. With recommendations like these, there must be something more to Oculus Rift, outside of a badass name. And shockingly, there is.

It’s one of those projects destined for success. Oculus’ goal was US$250 000, but this target has already been shattered, and currently sits at US$1 315 889. It takes US$275 to get an unassembled Rift prototype plus the SDK. Spend US$5 000 and you get to visit the team, learn its secrets and snag a cool t-shirt, as well as a pat on the back for being part of history.

A long and winding road

While Oculus Rift is still “a long ways down the road” for the consumer, the dev kit is wet and willing. Here are its tech specs, which are subject to change

Despite the low resolution of the device (only 720p), the 1280×800 display will still deliver a “compelling 3D experience” from the promised ultra-low latency head tracking. As explained by the video, traditional VR units provide a narrow field of vision. The stereoscopic 3D experience of the Oculus has a view of 110 degrees diagonally. This, combined with low-latency head-tracking is a killer combo for first-person shooters.

Oculus, in its current form is prototype hardware and an SDK compatible with Windows, Unix, iOS, OS X, Unity and the Unreal engine. This is cross-platform madness at a whole new level. We also love the look of the CG unit, but predictably it has to get smaller. Doesn’t it? The remainder of the less interesting questions can be answered here. For now, all we need to know is that bidding ends in September 2012 but the project’s already a success in Kickstarter terms, so a proper VR future is most assuredly on the cards. 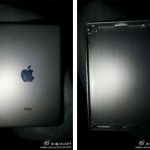