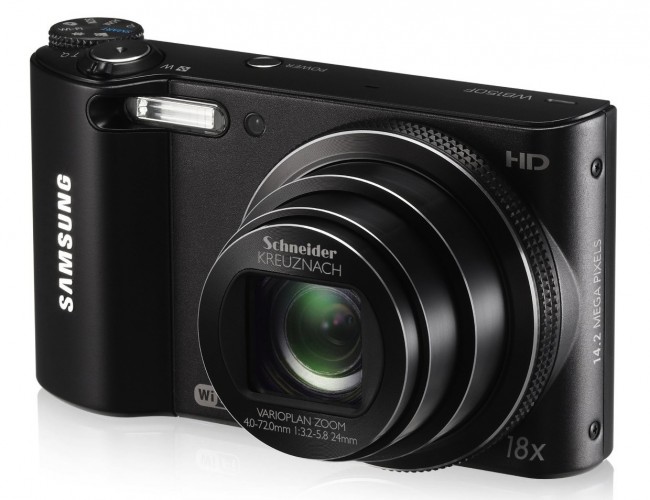 With technology changing at an amazing rate, I often stand astonished at the offerings that become available, sometimes in a much understated way, and the US$200 Samsung WB150F Smart Camera is no exception.

This little camera comes neatly packaged in a box that could resemble that of a cellphone. Inside the box you will find the camera, a battery, AV cable, USB cable and power adaptor, a handy quick start guide and a CD-ROM containing the user manual and the Intelli-Studio software. No separate battery charger is included and the battery is charged in the camera via the USB cable.

Above all, the camera is available in the usual unpretentious matt black or in white.

What is it about:

There are two parts of any digital camera that plays a major role in the quality of the photographs: 1) the lens and 2) the image sensor.

For most readers the Schneider-KREUZNACH name on the lens would most likely have little meaning or at least less meaning than the Zeiss name we have come to see on cellphones and many other ranges of cameras over the years. Schneider-KREUZNACH is a German manufacturer of high quality lenses for large format cameras and film projectors who also specialises in the development of optics for specific use. It can thus be derived that the lens on this compact camera is designed and manufactured by a high quality producer and that this should be evident in the quality of the photographs. The proof will lie in the pudding…

The camera is presented in a steel body measuring 106mm wide, 60mm high and 32mm deep. It has a solid feel and the curved chassis on the side where the controls are situated provides for a decent grip that should assist in keeping the camera steady when shooting. The knurled ring around the lens also contributes greatly to stability. I usually find handling compact cameras rather awkward, perhaps because I have bigger hands, but Samsung has done a good job to overcome some of the awkwardness and in the process also improved stability.

The lens is set to the very left of the camera and provides space for the flash just below the shutter release button on the right. This is not an ideal setting and with close-up photography the lens throws a shadow when the flash is used. Because of the close proximity of the shutter release button to the flash, it is also very easy to obstruct the flash with a finger when shooting. However, this is a compact camera and the dimensions produces very limited space to play around with for the designers.

On the rear panel one finds the 3.0” TFT LCD screen, and no, it’s unfortunately not a touch screen. To the right top corner is a quick access button for recording a movie irrespective of the setting on the program dial. This is very handy when you need to act quickly to record that special moment on video. Further down on the right hand side is the menu and a return button situated next to each other. Just below them is the familiar multi-directional control panel with the up, down, left and right tabs and the OK button in the centre. The host of buttons is completed with a replay button and a delete button next to each other and below the control panel.

The camera only requires a second or two to power up and to open and extend the lens. The program dial provides 8 settings which I won’t go into detail, but can be found here. The control panel also provides shortcuts to focus, flash, timer and onscreen display settings. Formatted, my 4GB HDSC card will provide adequate space for around 560 photographs of app. 5MB each with the photo size set to 14MP and quality set to super fine, or 59 minutes of movie capturing at 1280X720 HD and 30 FPS.

Handling compact cameras always pose quite a challenge for a guy with big hands. Samsung has gone some way looking at ergonomics when they designed this camera, and it pays off. It is fairly easy to get a good, stable grip on the camera. The controls are easy to manage once shooting and the menu system works well to set up reasonably fast for a shot. 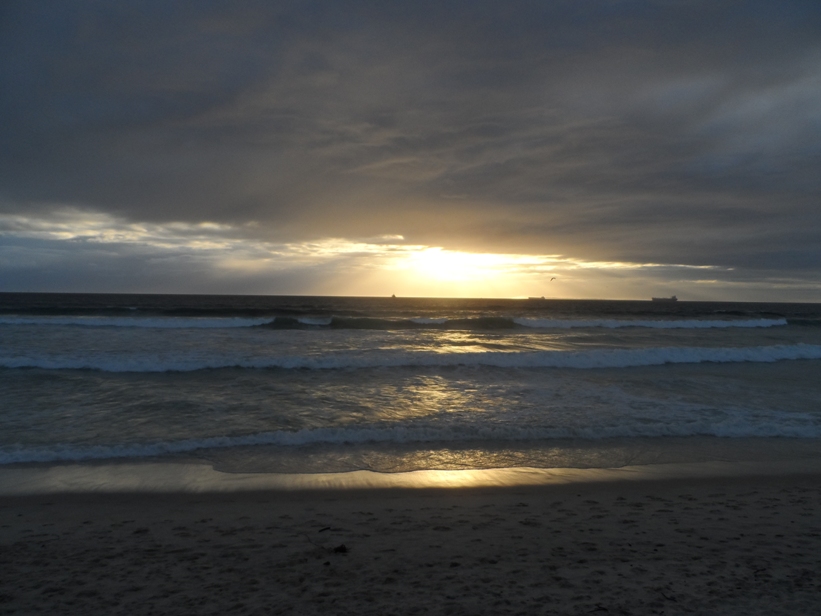 A decent camera, which produces a rich image

Focussing is quick and sharp in general but a couple of times it struggled to get sharp focus when the zoom was used. As previously mentioned, the flash is not ideally situated and it is very easy to obstruct the flash either partially or even in total. The zoom is swift and smooth but needs good support in particular when zoomed in fully. I did not manage to get any satisfactory results when pushing the zoom to the max but then I did not have my tripod handy for better support. 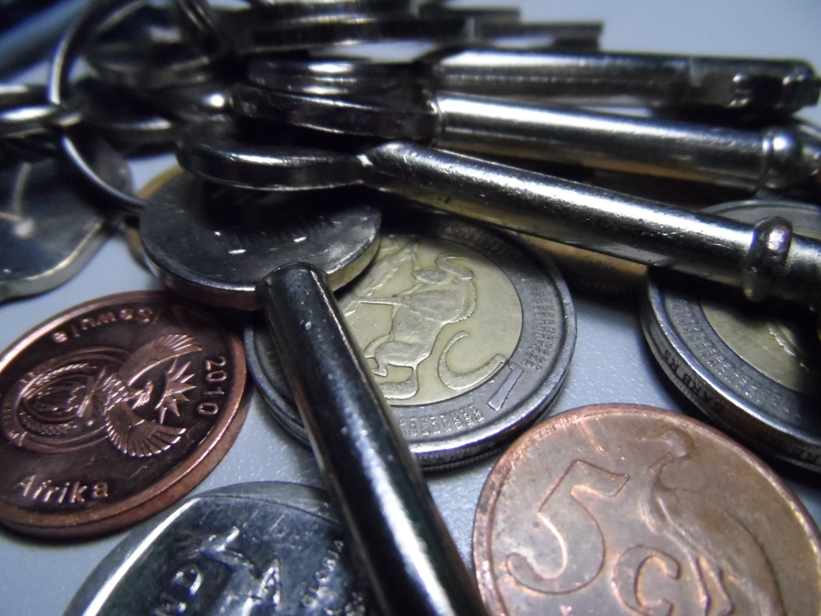 Macro shots are on the money

Photographs are recorded at a very decent speed, even with my SDHC card so there is really no long waiting between shots and you’ll be ready for the next shot almost immediately.

For a camera coming into the market around US$200, this camera proves to be a sound investment, most definitely good value for money. This is where the Schneider KREUZNACH lens shows its worth. The focus was pretty good on most of my pics, even when shooting at ISO 100 in darker circumstances.

Colours are vivid and true with and without the flash. The flash is not to be underestimated and I was pleasantly surprised at the results. There were no dark corners when shooting at wide-angle and pictures were well illuminated to give sharp, clear colour rich results. The red-eye reduction also does a good job. 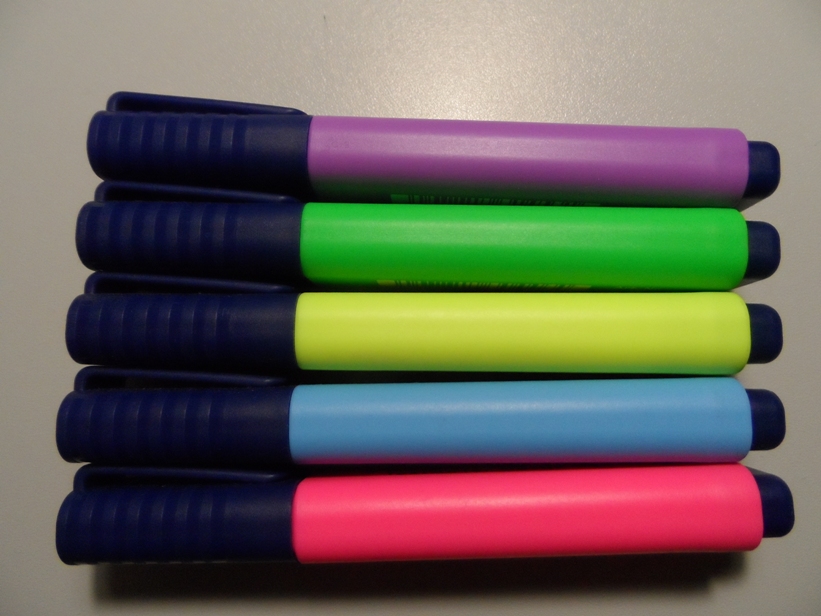 Great colours from an inexpensive device

Shooting at ISO 800 still produces acceptable results but above that the pictures become too grainy for my liking. There are most certainly times when it produces that special result. I used the camera mostly set to ISO 100 and was very happy with the results.

I was quite surprised that I never ran out of battery power, but it’s most likely because the camera charges every time you link it to a computer via USB cable. The battery can also be charged in camera by use of a USB cable and a small 2 prong AC adaptor.

The video quality is pretty good for a compact camera and should satisfy most users. There are four options for movie quality, those being HD at 1280 X 720, VGA at 640 X 480, QVGA at 320 X 240 and 320 for web sharing. Frame rate options are either 15FPS or 30FPS. I got some very satisfactory results using HD and 30FPS.

This is the ideal companion for backpackers, travellers and the occasional photographer. With the Samsung WB150F you have a small and light camera with a lot of punch. Keep in mind that it is a point and shoot camera and that it’s not in the DSLR league. But it does a superb job. Yes, there may be some competitors that offer some extras, but this package is a very strong contender and deserves good consideration.

Why? Well, the pictures and videos are just great and should satisfy most. It’s lightweight and you won’t have trouble getting it into an already full bag. But more than that, you just need to get to the nearest WiFi hotspot to upload your pics and videos directly to your social media profile, send it off by e-mail to the family and friends, or upload it to a folder in the cloud! Back home you link it wirelessly to your Samsung Smart TV and show off your pics to all your family and friends. 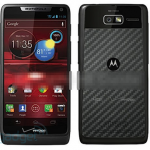