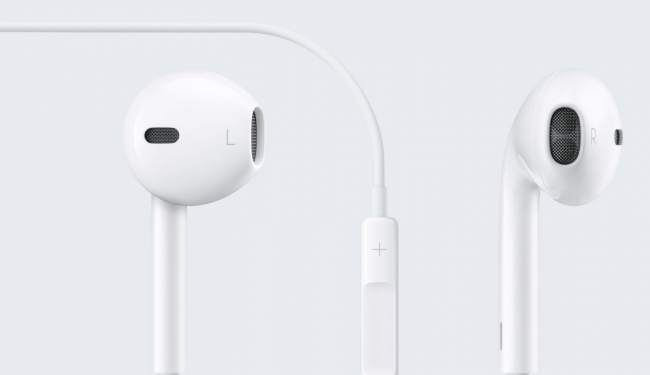 In its unending search for perfection, Apple has decided to completely redesign its iconic white earbuds. The new Apple EarPods with Remote and Mic are now the default earphones that ship with the new iPhone 5 and iPod touch, but you can also buy them separately.

They’re still white, and aesthetically they look slightly squashed, but that’s because they’ve been redesigned to ensure the maximum amount of sound is pumped directly into your ear canal.

The new EarPod design makes sense – ear holes are not perfectly round, yet most earbuds are. The new design makes clever use of acoustic vents that enable air to flow in and out, resulting in improved low frequency sound.
Design-wise, they sit somewhere between traditional earbuds and in-ear solutions. While they don’t form a vacuum seal like in-ear noise isolating earbuds, they do go deeper than traditional buds.

And because they don’t seal themselves in, they feel a bit like they’re going to fall out every now and again, but they never seem to.

The EarPods – announced alongside the new iPhone 5, iPod touch, iPod nano, iOS 6 and iTunes – are also not noise cancelling or even noise-isolating, so you can still hear the world around you.

There is no doubt that the EarPods are an improvement over Apple’s original bundled earphones. They performed as expected in voice calls, and the bigger clicker is easier for your fingers to find, which is a definite bonus.

The clicker functions exactly as with previous Apple earphones – there’s a built-in mic and volume buttons. And they’re compatible with all models of iPhone, iPad and iPod – including iPod touch, iPod, iPod nano, iPod shuffle – though not all models support volume up/down clicker functions.

Audio performance is not terrible, but there’s an obvious lack of sonic clarity in every facet of their output. Bass, treble and midrange all bleed into each other, creating a bit of a muddy mess just like Apple earbuds of old.

The tinkle at the high-end is certainly better than before, and there’s improved bass as well. So they’re more than good enough if sound quality is not something you are bothered about. If you’re going to be buying an iPhone 5 or one of the new iPods, you’ll be getting some marginally better earphones than you might have expected, so that’s a good thing.

But for anyone thinking of buying these things separately for US $30 – forget it. That price is utterly ludicrous. For that money you could bag yourself a decent pair of Sennheisers – low end ones admittedly – but they would still be head and shoulders better than the Apple EarPods. In fact, we challenge you to find a pair of US $30 earphones on Amazon that sound worse than this – you won’t be able to.

There is no value to be found here. Buy something else.