By Steven Norris: grumpy curmudgeon
Read nextNokia (and Motorola) are launching something today… watch it all live

We hate it when we’re wrong. This site gone and posted an image of what may be the box of the “New iPhone”. Not the iPhone 5, but “New iPhone”. Goddamn it Apple, your naming conventions suck. It’s not going to be called “New iPhone” though. The image on the box only bolds the word “iPhone” so forget about iPhone 5-related malarky. The image seems fairly legit, but the chances that this is a fake are also fairly high. Either way, the box shot seems very busy for an Apple product. Too many apps are crowding the screen and the phone has a dumb-looking drop shadow attached to it.

Also, it’s not really an iPhone 5 is it? It’s the six-generation iPhone. First up, iPhone then iPhone 3G, 3GS, 4 and 4S. This makes the new iPhone six-gen. Keep up.

To fuel the fire, insiders at China Unicom, one of the Asia’s largest telcoms have said that the operator plans to stock the new iPhone before the end of 2012. This is going to be one of the biggest, most monumental tech launch of the year and everyone is getting in on the action.

Will everything we’ve been reporting on over the course of the year come true when Apple launches the new iPhone 12 September? This box is teetering on the edge of fake, we’re holding on for that special Apple magic it sinks into its products. 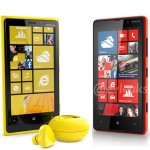