Sony’s Playstation 3 seems to never stay out of the news about its security. After the 2011 debacle surrounding the hack into its user network, it has been revealed that crucial security information has been leaked online. Hackers frequently unlock the game console to allow them to play pirated games, and the latest hack is equivalent to having a master-key, this time releasing the LV0 decryption keys — which some say blows the system wide open.

This comes just after a California judge dismissed several lawsuits by plaintiffs against Sony in view of its handling of the user network security breach last year. “There is no such thing as perfect security” said judge Anthony Battaglia of the U.S. District Court in Southern California.

Having access to the inner workings of a game console like the PS3 gives users the ability to harness its powers in various ways, as displayed by the United States Air Force who networked 1 700 PS3s to create a powerful supercomputer.

This hack was apparently the work of “The Three Musketeers”, who claim to have had the key for a period of time. However another team of hackers from China called “BlueDiskCFW” was about to release the same key for a fee. The Musketeers decided to release this key to avoid other hackers profiting from it. A statement by them was released on Playstation Lifestyle’s site. Within 24 hours a free BlueDiskCFW update was released.

“You can be sure that if it wouldn’t have been for this leak, this key would never have seen the light of day, only the fear of our work being used by others to make money out of it has forced us to release this now,” said The Three Musketeers. This specific hack has been said to be difficult for Sony to counter, as the “options Sony has in battling this leak are limited – every PS3 out there needs to be able to decrypt any firmware download package in order for the console to be updated”, says Eurogamer. “The reveal of the LVO key basically means that any system update released by Sony going forward can be decrypted with little or no effort whatsoever.”

Previously, the Japanese electronics company has always been able to counter hacks on the PS3, but some pundits are calling this “the final hack”. 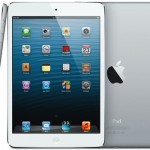