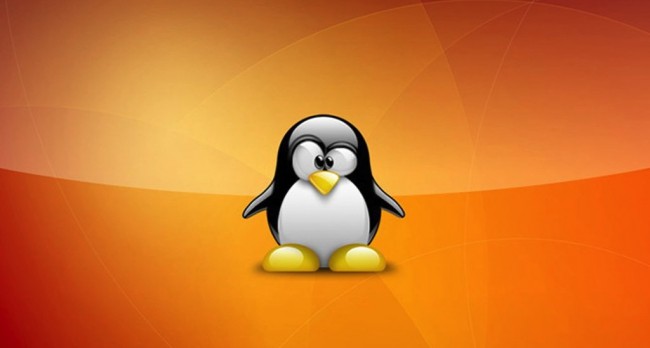 Although Windows 8 brings to the forefront a huge array of innovation in how we use our computers, many people think that the new UI is obstructing them from doing their own work. Some people hate it simply because some guy sat in a corner chewing his keyboard going over in his head about how terrible his life had become after using Windows 8 for five minutes and the resulting document was posted online. Many of you just don’t like it and you want something that you’re used to.

Ubuntu is a fast, extremely safe and pretty impressive piece of software that almost anyone can get into. The problem with Linux (any distro) is that you need to be extremely computer literate and you need to at least know a bit about troubleshooting certain issues if you’re not helped by your son in the basement.

I read recently that a blogger dumped Ubuntu on his 80 year old mother and she could get into it. I pretty much believe that because everything was set up for her, thus the only thing she needed to do is click some icon. But what about the rest of us? I could get into it easily because I’m used to tinkering with OS’s and before Windows Vista I hated any version of Windows and preferred to use Command Prompt. For the average layman out there downloading it for the first time it will be a really confusing experience. But I have a few pointers:

So how do I get Linux?

Installing Ubuntu is the easiest part. Head on to their website and download the rather small ISO file, and burn it onto a DVD. After the lengthy install you’ll be ready to go. If you’re not familiar with the entire process then grab some thick rimmed glasses geek that’s wandering aimlessly in the street to do it and he’ll be in heaven.

Where is my Office?

Unfortunately Office will not be available on Linux and there are plenty of options on Linux. LibreOffice comes pre-installed on Ubuntu, but if that is a bit limiting then grab OpenOffice from the Ubuntu Software Center. It’s uncertain when Office will arrive on Linux, but I for one hope that this happens soon. I have used several open source Office products in the past and my experience is that they do get the job done. If you’re an average Word user churning out a few documents a week then you’ll have no problem.

This is the most annoying feature I have come across on any version of Linux. In the interest of security Ubuntu keeps certain files from automatically running when you double click them unless you expressly give them permissions. When you download a certain application it might also not work right away. It’s quite easy the get into and you’ll be running all your favorite applications in no time. Firstly when you download an application (for instance Minecraft) the file will be saved in the Downloads folder, or for easier access in the Dash. Right click this file and click on ‘Open with other Application’. Click on ‘Find Applications Online’. After it searched a few options will be shown and download them. Once that is done you can close all the windows and then go back to the application file. Right click and go to ‘Properties’, once there you can go to ‘Permissions’ and choose the ‘Run this as Application’ check box. Now whenever you double click the file it will automatically run in the selected application (i.e. JAVA)

Unlike Windows and OSX (for those who don’t know yet) that come out of the box with support for files like AVI, Mp3 and a range of others, Linux does not. But don’t fear, it’s a few steps away when you just installed the new OS. By now you’ve already copied all your files from your backups and everything seems great. When you double click any file (be it music or Video) it will open the relevant media player. The media player will automatically search online for plug-ins. Install them and you’ll be enjoying your favorite music in no time. Remember there are several options to go for if the Rhythm box player aren’t for you. Check out the Ubuntu Software center for players which will give you a slightly better experience.

Well most people confuse the Internet being the Internet Explorer button. For Linux users there are two options, Firefox and Chrome. Chrome is at the moment the second most popular browser in the world with users on Windows, OSX and Linux. Firefox is most Linux users favorite. Firefox comes standard on Ubuntu and even on my Windows 8 machine, Firefox remains my favorite alternative. If you have a physical wired network in your house then Linux should pick up the network settings automatically and you’ll be surfing in no time. If you’re on a Wireless network then look at the top right corner for a ‘Network connections’ icon. Choose the edit connections option and add your Wireless connection from there if it didn’t find it automatically.

What is this Ubuntu One?

If you’re an OSX or Windows user you’re probably familiar with Skydrive and iCloud. Ubuntu One is a cloud storage product that lets you store and access your most used documents from anywhere with nothing but a password. No more carrying around 2TB hard drives and USB dongles. Setting it up is easy enough by clicking the Ubuntu One icon in the dock. It will automatically back up all your files as well so that you don’t need to worry about the day when your Pentium 4 decides to give in.

How do I change the background?

Well this is the easiest part. Just like in Windows it’s a right click away. Under Appearance in the Settings menu. You can change everything here from the display size, appearance settings, printers et al.

Keeping up to date

As with all software, it is extremely important to download updates. OSX and Linux need to be updated regularly to ensure malware and hackers can’t break in….easily. If you’re moving from Windows because you hated the software updates then you’ll be hugely disappointed. But it’s really not such a big deal. Click on the Dash and double click the ‘Software Update’ icon and download and install the latest updates. Ubuntu comes with a lot of updates and I recommend doing this weekly. Unfortunately I didn’t see an Automatic option so it still remains manual for now.

Will I have to write my own drivers?

This is probably the silliest thing I’ve heard. Ubuntu and any other Linux distro had years of development and community assistance so you’ll pretty much find any driver for almost any item you will plug into your computer. I didn’t have problems with my printers and displays and they all worked. If you’re into writing and debugging things then Linux is a great platform for that.

Gaming is somewhat limited on Linux I have to agree, but Steam is rushing its way to the platform since they feel threatened (for some reason) by Windows 8. Steam is a great place to download games, chat with friends and other awesome stuff. Until then you’ll be stuck with whatever breakout games they have in the Software Center, and unless you’re really feeling adventurous you can always try to run your favorite game under WINE. It’s pretty much the same procedure as running any other application.

The overall experience on Ubuntu is somewhat jarring but once you’ve broken out of your normal everyday shell and made yourself comfortable with the new OS you’ll have fun. Yes if you’re heavily invested in your collection of Windows apps then I would strongly suggest staying with Windows. But if you’re really tired of ye olde Start button, and confused by the lack there of in Windows 8 then Ubuntu should work fine.

If you want to try it but feel intimidated by the process you can grab the guy in the corner, give him a sandwich to chew on and he’ll be more than happy to help you. 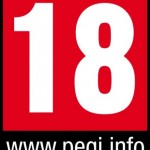