Ever since the days of The Six million Dollar Man and The Terminator, being super strong and fast and able to see through women’s clothes were the stuff of dreams for boys. Okay, maybe some girls too. Well, it’s not far off any more. Zac Vawter has become the first person to traverse Chicago’s Willis Tower with a mind-controlled robotic leg. Yes you read that correctly. Mind-controlled.

Vawter did his stunt during “SkyRise Chicago”, an annual event hosted by the Rehabilitation Institute of Chicago. “Everything went great,” said Vawter at the event’s end. “The prosthetic leg did its part, and I did my part.”

Bionic limbs, also called myoelectric prostheses, first showed up in 2005 when a high-power electrical lineman, Jesse Sullivan, was fitted with a bionic arm he could control with his thoughts. Since then about 50 people around the world have had the same treatment. But bionic legs are a slightly different story, requiring a lot more research.

Vawter’s leg costs about US$8-million, weighs around 4.5kg, and has only two motors driving the knee and ankle. Movements are received electronically from impulses from his hamstring. When he thinks “climb the stairs”, the leg responds to his hamstring and brain thoughts. What makes this bionic leg very different is that it’s much more like a normal leg. “I have to take every step with my good foot first and sort of lift or drag the prosthetic leg up,” Vawter says. “With the bionic leg, it’s simple, I take stairs like I used to, and can even take two at a time.”

Seems the old TV show was not that far off… 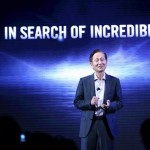