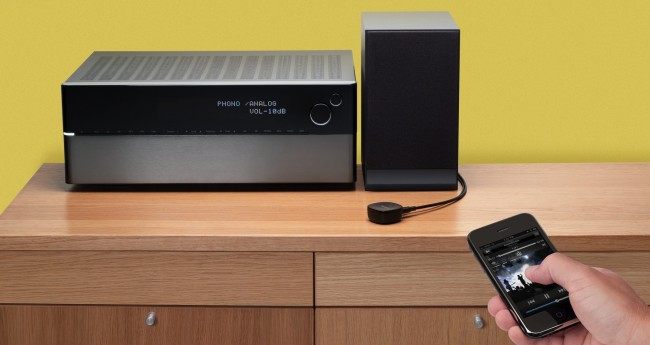 The Belkin Bluetooth Music Receiver is a wireless “little wonder” for your home stereo. What it promises to do, it does, albeit with a bit of a marketing flaw and one or two small disappointments. But we will get to that later…

The marketing flaw is that this is specifically targeted at users who have older stereos at home and have not traversed to the digital world of consoles, USB ports and memory sticks. It will make the “uninformed” look cool, you know like mom and dad. This is a stay-at-home device. You are not going to travel around with this and plug it in wherever you go. So the pairing you need for this little (and it is little) wireless device is an old stereo (normally owned by the older generation) and a smartphone. And the older generation usually don’t usually own smartphones.

Luckily I do own an older hi-fi, showing me the reason I was given this to review. Yet I also have a PS3 connected to that 15 year old behemoth, and know what it delivers in sound quality. The Belkin is up for a major fight here.

Does it look good?

Are looks important? About the size of half a hockey puck, looks are not a factor at all. It is supposed to be discreet and small, and certainly delivers there. Easily tucked away behind the stereo, you can hide it away and impress the younger folk who will constantly ask “how do you get such on old stereo to play wireless?” So thumbs up there.

How easy is it to operate?

Oh so easy. It was recognised instantly by the iPhone’s Bluetooth signal, and pairing was immediate. I did not even have to read the manual, and iTunes automatically switched over to the wireless signal. A little red icon in the corner of iTunes gives you the option to switch over to the iPhone’s little speaker instantly as well, and after several tries did not fail at all. Other makes of smartphones with Bluetooth are also supported.

Does it deliver the sound/volume you want?

OK, so here is the biggest flaw. No it does not. I was surprised by the low volume that it was pushing to the stereo, as at first I did not hear anything. Turn the volume up and yes you will get decent sound, but you will need a thumping amplifier to deliver anything close to the volume you need for a birthday party. After all the solid promises that have been delivered so far, I was disappointed, because by this time I really wanted this electronic hockey puck to succeed. The volume was turned all the way up and still I wanted more. Smaller stereos are not going to deliver much.

Can you use it while outside in the garden?

With the promise of having your music wirelessly delivered, that was always going to be a question. Sadly the range and influence of obstructions limits the distance that you can transmit. Promises of up to 10 meters proved difficult, as five to seven metres was the best it could do. Disappointment number two.

Is it worth it?

Yes and no. While it certainly did exactly what it promises and is a very well made product, it does not gratify or fill the area you want it to. In the modern age that gap is filled by PS3’s and Xbox’s and Wii’s that can deliver so much more, all in a compact package. Yes they are not even remotely in the same price range and are completely incomparable, but they do fight in the same ring.

Still, dad can compile a hit-list of songs to woo mom on a Saturday night and never have to leave the couch. For the selling price of around US$49, it’s not a waste of money, just a bit pointless. 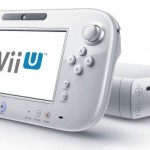