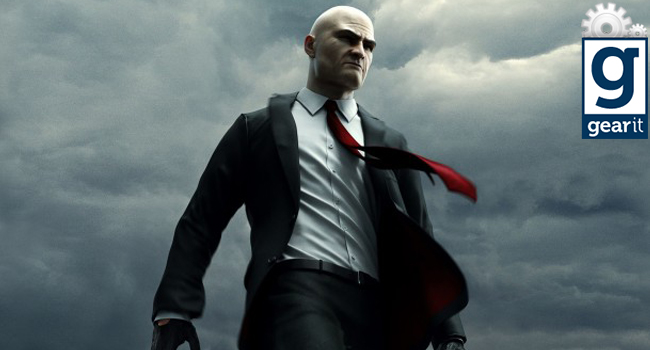 Hitman: Absolution heralds the return of Agent 47, the bald assassin who kills first and asks questions later. Except, in Absolution, 47 is asking all the questions. This is a tried and tested morality tale that serves up familiar themes of bloodshed and betrayal. But for once 47 isn’t merely a contract killer touring the globe at the behest of his superiors. Instead he’s on a mission all of his own, and the blood on his hands is personal.

It’s one of the best looking games to grace the current crop of consoles and, as a follow-up to the Hitman games before it, Absolution feels like a welcome update of the mechanics of old. It now has a cover-system (Gears of War) and an “Instinct” mode (Batman take note). Navigating the world has never been easier. Nonetheless, the interface is still a pain at times, leading to incessant trial-and-error. But the heartbeat of the Hitman series has never beaten brighter: slick executions done with style. 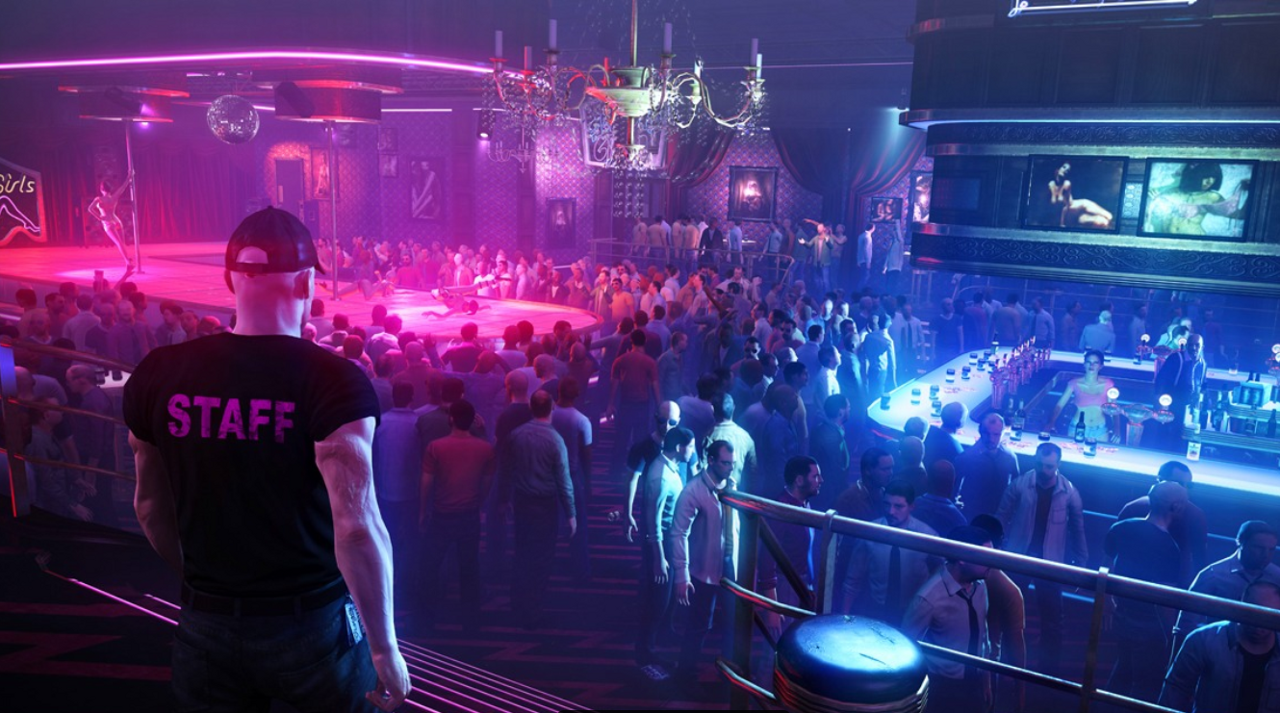 Hitman is at its best when then crowds kick in

The premise is simple: Agent 47 is in search of a girl named Victoria who, like he, possess extraordinary power. She also offers 47 a chance to absolve himself — albeit partially — of his sins. From this departure point Absolution moves with real momentum, serving up one unlikable target after another. Indeed Absolution  revels in the slack-jawed, gun-toting American archetype. The primary villain is a Blake Dexter, a small-town misogynist with a cowboy hat seemingly glued to his head. But between you and Dexter are a series of low-lives with tobacco-stained teeth and more guns than brains. Absolution embraces the worst vision of contemporary America. It’s never subtle — then again, it knows it.

And while there’s nothing clever about the story, it does at least give 47 an excuse to tour an underbelly of America you might never see on a postcard. Best of all, the story uncoils in a streamlined fashion — there’s never a sense you’re embarking on unrelated assassinations. No, Absolution’s story plays out as if it’s all weaved from the same cloth.

But what of the actual game? Like its predecessors, Absolutionis all about the joys of dress up. You can keep 47 in his customary suit and tie but it’s much more fun to sneak up behind someone, garrote them, then steal their clothes. Cleverly, your disguise can only ever come under suspicion from people wearing the same uniform. Patrol the corridors of a courtroom in a slain policeman’s wardrobe and you’re likely to be singled out as an impostor. But filch the clothes of the lone crazed defendant in the entire courthouse and you’re free to roam freely. 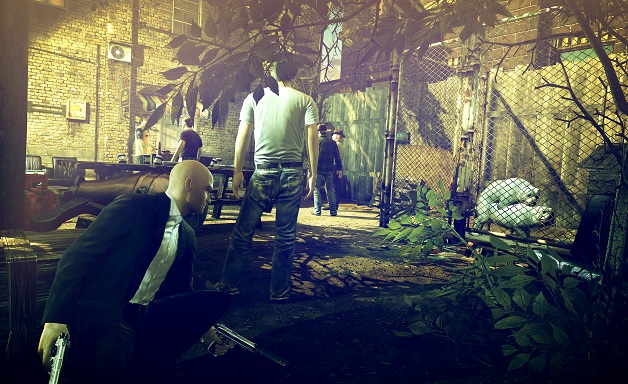 There’s a hidden photobomb in this screenshot…

Of course, Absolution is a video game, and game design dictates that logic must take a back seat at times. Logic and Absolution do not always enjoy an easy alliance. For instance, you’d think that having killed a man in a balaclava, 47 would take the chance to cover his entire head. But no, he forgoes the balaclava for a pair of goggles instead. You might also assume that, dressed head-to-toe in a lab tech’s uniform, no lab geek would see through the disguise unless up close. But no, 47 gets singled out from fifty yards away.

There are other problems too. While a game like Dishonored gave you a set of skills to learn, then master, thus allowing you to traverse its world like the master assassin you were, Absolution never lets you get comfortable principally because its interface is so restrictive. Dragging bodies initiates a needless circular animation that, in tight situations, can alert you to other guards. Garrotting someone can only be done when the “x” prompts you to do so; ledges are often difficult to pinpoint, and only scalable when the “a” pops on-screen. In a game where so much depends on you doing the right thing, and doing it quickly, Absolution fails to provide you with the tools for acting out quick-fire solutions the first time of asking. There’s nothing intuitive about its controls – you never feel entirely comfortable. And no, that’s not a good thing.

As a result, it’s a game that often descends into trial and error. There are always a myriad of interesting ways of disposing of your target (often making the whole thing look like an accident) but you won’t perfect (or even discover) these maneuvers the first time of asking. In fact it can be infuriating to watch 20 minutes of slow, methodical progress dissolve into a hail of gunfire simply because you step through the wrong door. And in a game that staggers checkpoints far apart, you’ll find yourself repeating well-worn ground. 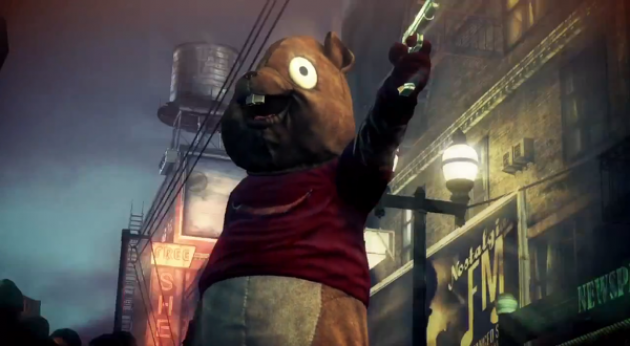 Failing stealth you can always rely on all-out action. 47’s voluminous pockets can hold all manner of firearms and there’s a great pull, in moments of frustration, to start bashing triggers. But resist this urge, because the game is at its best when you pull off an execution silently. I particularly enjoyed skulking through the tall crops of a farm estate at night, slowly taking out my targets one by one.

If I’ve sounded overly harsh it’s only because so much of Absolution is great fun. The game isn’t spoilt by its vexing controls and short-sighted design, but it does leave you cold at times. But look past these issues and there’s so much to appreciate. You’ll move from the neon lights of a bustling Chinatown to the pristine corridors of an Orphanage. You’ll stumble across a marijuana plantation with hippie signs plastered across all four walls. Hours later you’ll explore the depths of a mine, then break free into striking sunlight. Each level looks markedly different from the next, but they’re all incredibly detailed and also characterized by small, neat touches. The new Glacier engine is particularly adept at lighting environments beautifully, while the faces of enemies you kill are jarringly true to life.

It also sounds excellent. Plug it in to beefy speakers and ratchet up the volume and you’re treated to an orchestral score full of menacing bass and wallop. The voice acting is also excellent. 47 sounds appropriately detached; and Dexter appropriately annoying.

So yes, Absolution  is beautiful and at times a bit dumb, but like any beautiful underachiever it should be admired for what it has: plenty of style. It’s also a very long game and with so much to see and do, you’ll likely play through your favourite bits of the campaign a second time. Elsewhere, a competent multiplayer mode extends the fun.

It rises above its faults, ultimately providing an experience that you can’t help but enjoy. You might toss your controller in anger knowing you’ve failed to beat a level the way you’re meant  to, but you’ll always come back again for more.Absolution isn’t the best game of 2012. It isn’t even the best stealth game of 2012 (Dishonored wears that crown). Yet it nonetheless forces the Hitman series back into contemporary consciousness, bringing with it a cast of twisted characters truly worthy of assassination.

This game was reviewed on an Xbox 360 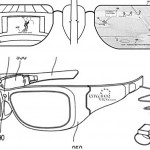