Game developer Bioware has announced its Mass Effect Trilogy will be available for purchase and download for users 4 December in the US and 6 December in Europe. All three FPS titles gained massive popularity among users for its highly nuanced environment and engaging user driven storyline.

It’s available for US$60 and comes crammed full of new downloadable content for users to fawn over. The most important aspect of this trilogy is the inclusion of the original Mass Effect which was previously unavailable for PS3 users to enjoy. Bioware have not forgotten other platforms as the Xbox and PC versions of the trilogy will go up for sale from 6 November.

Why the wait for PS3 users? Bioware’s reason for the delay is the fact that the original Mass Effect had to be totally redesigned for the PS3. Bioware also refined and optimised its follow-up titles to take advantage of the PS3’s processing power. 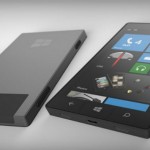