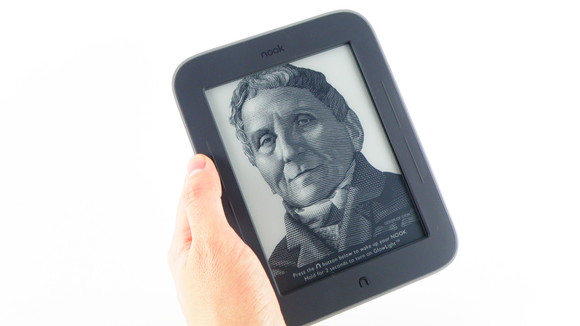 The Nook Simple Touch GlowLight joins the pack of backlit e-readers launching at the same time, and takes on Amazon’s Kindle Paperwhiteand the Kobo Glo.

Produced by US book store Barnes & Noble, Nooks have only crossed over to the UK for the first time this year, and haven’t yet made it to Australia, so our discussions of the Nook Simple Touch GlowLight with less tech-savvy friends were often met with blank expressions.

Priced at £109 in the UK (around AU$169) or $139 in the US, it is slightly more expensive than the Kobo Glo, but the same price as the Kindle Paperwhite, which of course has a more established reputation on its side.

It is released alongside the cheaper Nook Simple Touch, which doesn’t have a backlight but is similarly specified otherwise.

The six-inch touchscreen e-ink device is slim and remarkably light, weighing just 197g (6.95oz) and measuring just 12mm (0.47 inches) deep. The touchscreen has a 600 x 800 resolution, but best of all is the fact that you can read it out in the desert or down a cave.

That’s because the Nook Simple Touch GlowLight, as the name suggests, comes with its own bespoke backlight, which produces a customisable glow that enables you to read in low light or complete darkness.

Similarly, the e-reader boasts a built-in anti-glare screen protector that really works, so that you can read in bright light without any smudges distracting you.

Wi-Fi connectivity also appears on the Nook Simple Touch GlowLight, enabling you to share poignant quotes and books with your Facebook, Twitter and Google Mail contacts, lend publications to other Nook-owning friends and discover which new e-books, magazines and newspapers Barnes & Noble recommends for you, based on your past purchases.

And of course, the easiest way to buy new e-books is through the Nook itself, in the Shop section of the device. This also requires Wi-Fi to do, so perhaps you should load up on titles before you go to live down that cave.

Once you’ve loaded up with reading material you can certainly last a while without power or Wi-Fi if you want to, since the Nook can hold up to 1,000 e-books in its 2GB built-in memory, and the battery is said to last for up to two months with careful usage. A microSD card slot can be used to expand this by up to 32GB.

The Nook Simple Touch GlowLight is an e-reader for the masses. Its light weight and extreme portability – we forgot it was in our handbag more than once, and could easily hold it in one hand when we were using it – which will appeal to commuters, while its comfortable soft plastic back and adjustable backlight are great for home use.

When in sleep mode, screen savers show line-drawn portraits of classic novelists such as Jules Verne and Virginia Wolfe, suggesting that this is an e-reader aimed at literary fans rather than a device trying to steal iPad minicustomers.

The minimal design is stylish, with curvy edges, a raised ‘n’ for the main menu button and four subtle raised lines for navigational buttons on the front, plus a power button on the back, and the micro USB port on the bottom.

It looks softer and cosier than the Amazon Kindle Paperwhite and Kobo Glo, thanks to a velvety soft matt plastic build. Some might feel this makes it less sleek and stylish, but we’re of the school that believes that reading should be a tactile, pleasurable experience, and that’s exactly what you get here.

You can buy the Nook Simple Touch GlowLight at Barnes & Noble in the US and at John Lewis, Argos, Asda, Sainsbury’s, Blackwell’s, Foyles and more in the UK. There are over 2.5 million e-books in the Nook store, plus newspapers and magazines, so you shouldn’t run out of reading matter.

Review first published on Techradar.com and is published with permission. Continue the full review here 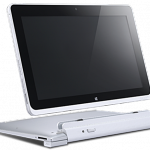