Windows Phone 8 users will not be pleased to find out that content downloaded from the newly refined Xbox Video Store has no playback support on their devices.

Microsoft has acknowledged the issue, but that’s as far as it goes. There is no news on whether the company will release an update to address the problem, but it has definitely left WP 8 users in the lurch as far as loading up on content to get them through the festive season. Microsoft released the following statement:

Windows Phone 8 does not currently support playback of rented or purchased content from the Xbox Video Store. If you’d like to see this feature added, you can go to the Windows Phone Feature Suggestions website and make requests for future releases.

From the outset the newly designed Xbox UI and service offering was touted as being cross-platform, allowing users to seamlessly view and interact with content across all their Microsoft devices. This latest development is highly disconcerting for current and potential WP 8 and Xbox users.

We can only hope that Microsoft gets its act together and resolves this issue as soon as possible. 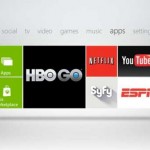