Samsung were the first manufacturers to unveil a WP8 device with the Ativ S in August at IFA 2012, but it looks set to be the last to reach consumers. The Ativ S was one the many newly designed Windows Phone 8 smartphones shown off by Steve Ballmer at a WP8 event in October.

According to Sam Mobile, the device has suffered another delay, now scheduled for a late December release. Week 52 to be more precise, just in time to usher in the new year.

The reason for the delay lies with the display, it appears that the top brass at Samsung have prioritised production of its massively successful Galaxy S III over the Ativ S. Samsung’s flagship smartphone and WP8 model share the exact same screen specs, namely a 4.8-inch super AMOLED display with a 306 PPI.

It seems as if Samsung are trying to squeeze as much profit as they can from the S III before turning its attention to the Ativ S. It makes sense considering the smartphones are so similar. It may be a show of faith to Google and its Android OS, considering the two companies have collaborated on a number of devices.

The Ativ S is powered by a dual-core 1.5Ghz processor, supported by Windows Phone 8 and 1GB RAM. The smartphone is also fitted with a 8MP rear and 1.9MP front facing cameras. When you compare the two, the Ativ S is simply a WP8 flavoured variant with a slightly slower processor.

When it eventually makes its way to consumers at an estimated US$640, it should be able to escape parity within the saturated WP8 market, we just hope it doesn’t get delayed for too long. 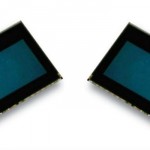