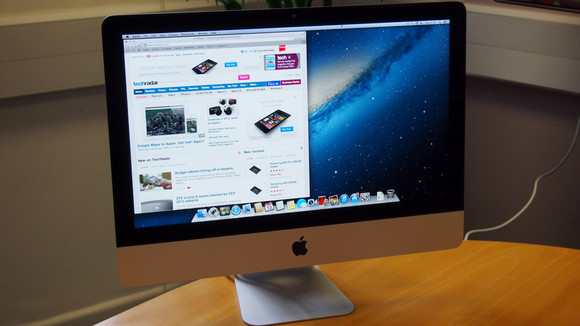 The iMac is Apple’s flagship desktop Mac. Since it was first introduced in 1998, this all-in-one computer has gone through eight significant redesigns, taking it from an egg-shaped, CRT-based machine in a polycarbonate casing to this third-generation thin aluminium-bodied computer.

Since 2004, the iMac’s processor, graphics, storage, memory and other electronics have been housed behind the screen, and this year’s release is no exception.

Where the 2012 iMac makes a radical departure from its predecessors is in its size. It retains the screen dimensions used in the previous generation, with the options of a 27-inch or 21.5-inch iMac, as reviewed here.

But the casing is around 80% thinner, measuring just 5mm (0.2 inches) at its edges, and the iMac as a whole is 40% smaller by total volume.

There’s a bulge in the centre to house the electronics, of course, but the enclosure is so well designed you hardly notice it unless you’re looking at it in profile. It really does look impossibly thin from any other angle.

Like most iconic Mac designs, the 2012 iMac is sure to spawn a host of imitators, though there are few similar machines out there yet. The Lenovo IdeaCentre A720 is arguably the thinnest Windows PC that’s currently available, but the computer is in the base rather than behind the screen.

The Toshiba LX830-10F houses its components behind the display like the iMac, but lacks the style of Apple’s desktop. Perhaps the Dell XPS One 27 Touch is the new iMac’s closest rival, though it’s certainly not as trim or svelte.

A couple of sacrifices have been made for the thin form factor. The optical drive is gone, and on the 21.5-inch iMacs, the RAM can’t be user upgraded. Since it comes with 8GB out of the box (up from 4GB in the previous version), this is less of a problem than you might expect.

The new late 2012 iMac makes the move to Intel’s new third-generation Ivy Bridge processors, with quad-core Intel Core i5 chips used as standard throughout the range.

The model we reviewed is a customised top-of-the-range 21.5-inch 2012 iMac, which takes advantage of all three configuration options available on the Apple online store.

The processor has been beefed up to a quad-core 3.1GHz Intel Core i7, and the memory has been increased to 16GB of 1600MHz DDR3 SDRAM, the maximum available on the 21.5-inch iMac.

The hard drive has been upgraded to a 1TB Fusion Drive, Apple’s new hybrid solution that combines 128GB of solid state storage and a 1TB or 3TB hard drive. Only 1TB Fusion Drives are available in 21.5-inch iMacs. 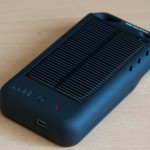