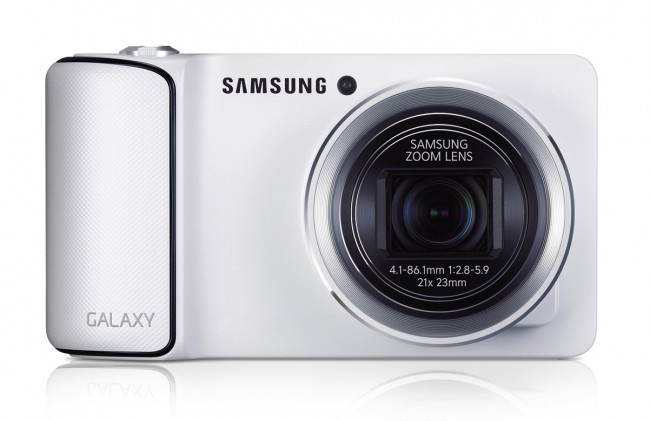 With a 4.8-inch Super HD Clear LCD touchscreen, the Samsung Galaxy Camera isn’t likely to be the smallest compact camera you’ll ever see, but it feels very nicely put together and is both responsive and intuitive.

Even better news for many is that the 16 million pixel CMOS sensor inside the camera is a 1/2.3-inch device, the same size as in many compact cameras and considerably bigger than those in the average phone. This should mean that the Samsung Galaxy Camera is capable of recording a respectable level of detail with reasonably well controlled noise.

The sensor is coupled with a 4.1-86.1 mm f/2.8-5.9 lens, which gives the focal length equivalent of a 23-483mm lens in 35mm terms. This makes it a very versatile optic, suitable for shooting wide landscapes or cramped interiors, as well as picking out distant details.

It could make the camera a popular option for travellers, especially those who want to be able to share their images with the rest of the world via the camera’s Wi-Fi connectivity.

We were only able to spend a relatively short time playing with it at Samsung’s Mobile Unpacking event prior to the opening of IFA 2012, but it was enough to convince us that this is a camera that will attract a lot of interest.

There’s little in the way of physical controls on the camera as most operations are carried out via the touchscreen, which is very responsive. On the top, however, there is a shutter release button surrounded by the zoom switch and the power button as well as a pop-up flash. That’s it, and as a result the Galaxy Camera has a very clean look.

Those who fear that relying on a screen to make settings selections will mean scrolling through endless menu options can relax – Samsung has done an excellent job with the interface, and we got to grips with it very quickly. It has had plenty of UI design practice with its other Galaxy products, such as the Samsung Galaxy S3 and Samsung Galaxy Note 2 smartphones and Samsung Galaxy Tab 2 10.1tablet.

As you might expect, there’s a selection of shooting options for the inexperienced photographer, but Samsung also included the more advanced Program, Shutter Priority, Aperture Priority and Manual exposure modes for experienced users.

These options are accessed via the Expert option in the Camera menu. Once this is selected, a neat graphic of a lens with a series of rings appears on screen and the sensitivity (ISO), exposure compensation, aperture and shutter speed are adjusted by ‘rotating’ the rings with a flick of a finger.

In addition to the Auto and Casual mode that are designed for keeping photography very quick and easy, there’s a Smart Pro option that enables you to choose the most appropriate scene mode for the shot.

This includes options such as Waterfall Trace, which records moving water as a blur; Blue Sky mode, which ensures blue skies are saturated and not washed out; and a Light Trace mode for shooting car light trails and so on at night. There are also more common options such as a Macro, Panorama, Smart Night and Best Photo mode.

There’s also a Voice Control mode that, as the name suggests, enables you to control the camera with your voice by getting it to zoom in and out or take a shot with a voice command. This sounds like a really useful option for self-portraits, but because the Samsung Galaxy Camera’s screen is fixed there will be a little bit of guesswork involved with the composition.

After the images have been captured, the Galaxy Camera’s Smart Content Manager organises them into searchable folders based on time and location.

There are also options to tag faces in the images, rotate pictures and crop shots as well as view them in a slideshow. Images can be selected for view with a tap of the screen and scrolled through with a swipe of two of the finger – just as you would with a smartphone such as the Samsung Galaxy Camera’s cousin, the Samsung Galaxy S3.

A Sharing widget is claimed to make light work of uploading shots to all your favourite social media sites, and Auto Cloud Back-up is available for remote storage straight after they are taken.

We haven’t been able to use the Samsung Galaxy Camera properly or examine any images yet, but we’re pretty excited about it. It has a high-quality feel and although it has lots of options and some pretty advanced controls, it’s very easy to use.

The Samsung Galaxy Camera will have a full price of around £399 (around $630) in UK, and will be available from around mid-October.

The 16 million pixel, 1/2.3 inch CMOS sensor should be capable of capturing images that are on a par with other compact cameras and significantly better than those from the average smartphone. However, the lens has a wide zoom range (21x) and it will be interesting to see if this compromises the image quality at all.

We’re really looking forward to receiving a full-production sample for our full Samsung Galaxy Camera review. As well as testing the usual photographic aspects, looking at sharpness, dynamic range and the like, we’ll try out a few apps and share images via the Wi-Fi connectivity. 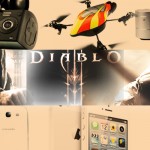