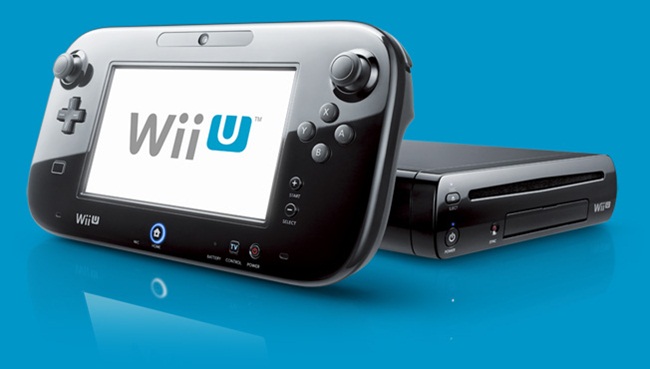 This past year has been pretty barren in terms of consoles hitting the market. Sony released yet another PS3 that went on a diet and the PS Vita has only succeeded in segmenting the company’s handheld market share. Microsoft opted to shift its attention to redesigning the user interface and media services of Xbox, in an attempt to increase the cross-platform appeal of Windows 8.

It therefore fell to Nintendo to give the public a well needed “junk-punch”, and that’s why the Wii U is our pick for console of the year. The reason stretches far further than the Wii U simply being the only real new console of 2012. It has to do with Nintendo’s track record as a successful manufacturer and the innovative multimedia and gameplay features that the Wii U has incorporated. This is our breakdown of why the Wii U is the best console of 2012.

The GamePad is mightier than the sword

The newly designed GamePad is the Wii U’s greatest aspect, hands down. This is not the first time we’ve seen a handheld device and console paired to deliver a gaming experience. Sony offers a very similar function, syncing the PSP and PS3.

The GamePad is an extension of that. By using the GamePad’s screen as a secondary input to enhance interaction, users can access in-game menus and controls offering a unique dual-screen gaming experience.

The one glaring downfall of the Wii was the fact that it only appealed to the family orientated PG 13 gamer. It did little in winning over the hardcore gaming fraternity. This was, in part, down to the Wii’s inferior specs when stacked up against the PS3 and Xbox 360. The other factor was a lack of the high-speed and strong, visually attractive gaming titles that users lusted for.

Nintendo has put a lot of effort into designing a console that could compare to the speed and experience that users got from the PS3 and Xbox 360. As far as this aspect is concerned, the Wii U hold its own.

It is however important to note that certain developers are still hesitant that their games won’t translate well onto this new platform.

One of the strongest plus factors of the Wii, from a gaming standpoint, was not solely its innovative interface, but also its ability to promote group gameplay. The Wii U has maintained that tradition as we knew it would. In fact, it’s expanded on it by integrating the new GamePad and old Wii remote into a truly interactive gaming experience. Communication between participants has become a key part of the Wii U’s gameplay.

This is where the Wii U needed to make the greatest impact, its comparison to the traditional gaming units, the PS3 and Xbox 360. The lack of support for faster, higher end gaming titles was the major reason so few hardcore gamers adopted the Wii. The Wii U has made a real effort in changing this.

We won’t bore you with the full spec sheet on the Wii U, all you need to know is that it’s roughly 50% more powerful than the Wii. That’s still not enough to truly trouble the PS3 and Xbox 360, but that’s not Nintendo’s intention. For the manufacturer, the need was to create a console that could simply handle higher-end titles and provide solid, stable performance. Which it does.

The company also made a concerted effort to entice developers to migrate more popular titles over to the Wii U. In the past, with the Wii, games like FIFA 12 had to be completely re-styled in order to match the console’s specs. This gave a diminished gaming experience, making users feel like they had a hugely inferior product. This is no longer the case, with visually demanding titles like Call of Duty: Black Ops II looking just as good as its Xbox counterpart. There are even rumours of the soon-to-be released GTA V coming to the Wii U.

Let down by incomplete features

Don’t get us wrong, the Wii U is by no means the perfect product. The consumer experience hasn’t gone over as smoothly as Nintendo wanted. Users were left bitterly frustrated by the one hour plus download required to access the enhanced features that the Wii U had originally touted.

Another issue was the lack of viewing options, as Hulu Plus and Amazon Instant Video were both missing from the media bouquet. These issues have since been addressed, but could have had a greater backlash effect on the Wii U’s success in the long run.

What are the measures of a truly great product? Sales figures, innovation, content or price? The Wii U goes a long way in meeting all these criteria. Firstly, the Wii U had a strong showing in its first week of release, selling 400 000 units in the US. This is not news, we all knew that the Wii U would do well considering it wasn’t put up against anything new on the market. Its true test will be when the festive season is in full swing and the Wii U has to go up against the major players, vying for the consumers hard-earned coin.

When it comes to innovation, all aspects of originality that the Wii U offers can be found in the GamePad. A console controller fitted with a 6.2-inch touch enabled display. The GamePad is a lot larger than we had anticipated, but still remains surprisingly light. Its integration into gaming titles is a real stroke of genius by Nintendo and should see other console manufacturers emulating its design in releases to come.

Regarding content, the Wii U’s gaming library has a good mix of Nintendo styled, Mii-centred games, and visually demanding gaming titles that should keep early adopters more than satisfied. Once developers begin to see the value of the Wii U, they should begin migrating games to that take full advantage of the console’s features.

Ah, price. The basic 8GB version of the Wii U was set to retail at US$299 at launch. When compared to the Wii, which had a price tag of US$249 when launched, it’s relatively well priced. In order to put the cost in perspective, we need to evaluate what we’re getting out the box. With the basic version, users get the 8GB console and GamePad (obviously), along with the usual setup connections and stylus.

The one downside of the basic version is that it doesn’t include a game disc, which was the case when the Wii released. The Deluxe version is priced at US$349 for a black 32GB console. Extras include console stand, GamePad stand, cradle and Nintendo Land game disc.

The Wii U ticks all the boxes to earn it the title of best console for 2012. It will prove interesting to see whether it can retain a strong showing from its early promise amid growing rumours of next-gen consoles from Microsoft and Sony.