It appears that Samsung’s flagship Windows Phone 8 device, the Ativ S is finally set to make its 2012 release deadline. We initially reported that the Ativ S’ release had been delayed due to Samsung prioritising Galaxy S III production.

That is no longer the case, as retailers in Canada and the UK have listed the Ativ S for release on 14 December at the US$599 mark.

The Canadian details came courtesy of an internal document leak from Mobile Syrup, who also say three national carriers have a similar availability timeline of 14 December. The Great White North is not the only market reporting the Ativ S’ arrival, as WP Central has confirmed two UK retailers have it listed on their respective websites. The reason why we’re so interested in the Ativ S is, one it was the first smartphone to showcase WP8 at IFA 2012. Two, it’s almost spec for spec a mirror image of the Galaxy S III, the main difference being that the Ativ S’ dual-core processor compared to the S III’s quad-core one. Otherwise they share the same screen, camera and RAM. It would serve as a strong UI test for the WP8 OS compared to Android. 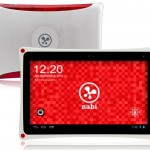