More
Home
Subscribe
Skip
Continue in 10 seconds
Skip
By Pippa Tshabalala
Read nextCST-01: a watch so thin you won’t even feel it on your arm 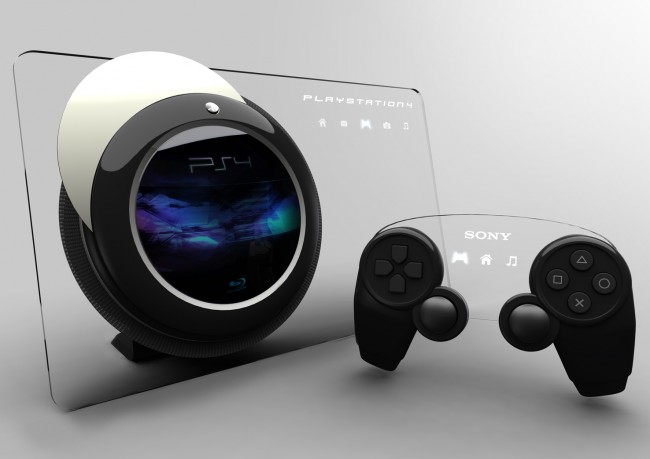 How many years have we been speculating about the release of Sony and Microsoft’s next-gen consoles? Five years? Ten? How long have the rumours been flying around not only about their specs, but their names? PS4, Orbis, Xbox 720, Infinity, Durango, Loop — we’ve heard them all.

Let’s be honest, we really don’t know much about these consoles at all, but we can speculate ’til the cows come home based on bits of information we gleaned while scouring the internet for official press releases. Let us begin with the PS4.

The Latin name Orbis means “ring” or “circle” and coupled with the newly named PlayStation Vita handheld that was released in 2012, it leads us to believe that the two will be very closely linked, perhaps even compatible gaming wise.

It has been suggested that the Orbis sports an AMD x64 CPU and an AMD Southern Islands GPU, with a graphics resolution of 4096 x 2160 and 1080p stereoscopic 3D. This is an interesting move for PlayStation, whose previous console is built on Nvidia graphics. New Xbox? Not a chance in hell

Those are pretty awesome specs. Now. If these are still the same specs upon release, this technology will already be older than most new PCs.

The most contentious point that has cropped up in the lead up to the announcement of the console however, is Sony’s attempt to keep a hold on the second-hand game market and lock games to consoles in much the same manner that Steam and Origin have done to PC gamers.

Not only will players need to remain online while playing, but those who buy second-hand titles may only be able to access a trial version of the content. These are currently just rumours, however there has understandably been a massive uproar in the gaming community. In emerging market countries, where games are still very expensive, this would be a massive blow to gamers who can’t afford to buy games full price.

Additionally, although it’s unconfirmed, the Orbis apparently will NOT be backwards compatible, much like current PlayStation 3 models. Those of us who remember the PS3 launch will know that only the original model allowed for backward compatibility, with this ability being eliminated in subsequent models.

Moving on now to Sony’s direct competitor, the latest rumours suggest that the Xbox 720/Loop/Infinity/Durango or whatever the hell it’s going to be called will also be based on AMD technology. Although there are no clear indications of the exact specs of the next-gen Xbox, it seems likely that the performance would be on a par with Sony’s console as they will essentially contain the same hardware. Kinect integration will also likely sit at the heart of the next-gen experience, but this isn’t really surprising news given the amount of money Microsoft has spent on Kinect integration. Apparently Microsoft also recently filed a patent for augmented reality glasses called ‘Fortaleza’ which would further enhance the immersive experience.

In all likelihood the new Xbox will be sporting Blu-ray, which is a bit of a turnaround for Microsoft who were strong advocates of HD DVD, but it also makes sense when we look at how Blu-ray has taken a hold of the movie market as well. A Blu-ray, whilst it doesn’t read as fast as HD DVD, holds a great deal more data, evident in the release of many Xbox games on two, sometimes three discs as opposed to a single Blu-ray.

A document that leaked in June 2012 indicated that the 720 will come with 1080p 3D, Blu-ray and DVR functionality, which in essence would make Microsoft’s console the only piece of entertainment hardware you need for home entertainment.

It seems that Sony is not the only one making changes to their policy on second-hand games, Xbox has also been rumoured to be clamping down on the used game market which is bad news for gamers regardless of which platform you prefer.

The major thing for gamers in my mind is the longevity of the existing gaming consoles. PlayStation 2 sales have still done well in recent years as developers occasionally still release on that platform, which is all very good and well, but with no indication of backwards compatibility in either of these new consoles, how long will developers still care to produce games for current gen? A year? Two? And then gamers will be forced to outlay more money for the latest and greatest hardware or be left behind. In many ways this is not unlike being a PC gamer… But of course that’s not what we’re here to discuss.

Although we initially thought that announcements would be made at this year’s E3 in June, there is a rumour that both Sony and Microsoft have scheduled press conferences for weeks or perhaps even months before that, all in an effort to avoid sharing the limelight. With any luck this means that we’ll at least get a decent demo of some next-gen titles at E3, but until any official announcement is made, we’re all still holding our breath.

All indications at the moment are that both the next-gen Playstation and Xbox will arrive in time for Christmas 2013.