Nintendo’s 3DS and Wii U consoles had a steady 2012, and the Wii U has performed better than expected although not quite as well as its predecessor. That is obviously something that Nintendo would like to change, and the latest news is that the Japanese company intends to unify the various departments in its company to produce the next generation of consoles and devices, even touching on the mobile arena of smartphones and tablets, according to a Nikkei report (translated). The various departments of Nintendo have always been separate from each other in development.

The move is intended to streamline the innovation and development of the company and bring together the various departments that produce consoles and gaming devices, and maybe even change the company’s future as developers share their knowledge and know-how. Nintendo is one of the oldest gaming companies, and still produce amazing products that satisfy core gamers. This is the first major organizational change in nine years and is set for 16 February.

This year alone, a multitude of manufacturers, even some from outside the gaming world have attempted to chance what the future of gaming will look like. Consoles are in the firing line again with products like Nvidia’s Project Shield, and the Steam Piston, enabling die-hard PC gamers to interact with their TV sets the same way consoles have.

It’s not the same game anymore, and this move by Nintendo could make waves in the future. Are we looking at a Wii U 3DS possibly? 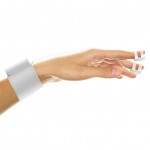