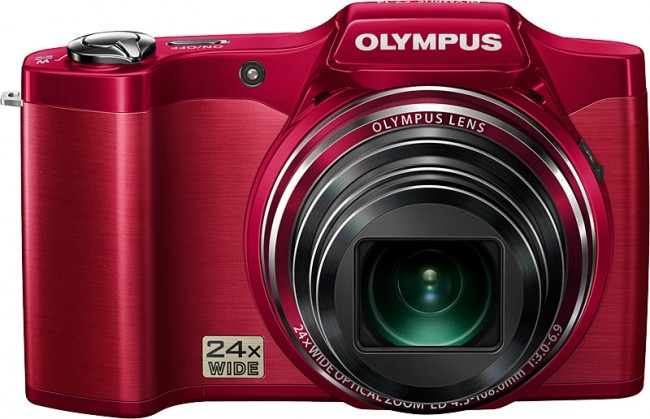 It’s not difficult to be an amateur photographer these days. All you need is a smartphone and a working thumb. For every Annie Leibovitz there are a million people with no training doing just the same thing. Sure, the picture might be out of focus, the composition terrible and a thumb obscuring the corner of the frame. But art is in the eye of the beholder, right?

Of course there are many discerning amateurs who want to take nice looking photographs without spending a great deal of money on SLR cameras reserved for the Leibovitz’s of the world. Enter the Olympus SZ-31MR, a camera for the discriminating amateur. It’s not an SLR camera and therefore not suitable for Reuters employees, but it’s also not a throwaway piece of plastic. Instead the SZ-31MR occupies a middle-ground, offering a powerful lens, a variety of photographic filters and the ability to shoot video in full HD at 60 frames-per-second.

So what do you get for the asking price? Chief among the 31MR’s achievements is its size. It fits snugly in the hand and weighs as little as that wallet you lug around with a year’s worth of loose change. Then there’s the lens itself which is capable of taking 16:9 photos and shooting 1080 video at 60 frames-per-second. Set to the best resolution, the lens has a 24x zoom which puts it in the same breath as professional SLR cameras. And that’s no mean feat. Being able to hone in on far off objects, snap the shot, then watch miniature details crystallize before your eyes is spectacular.

The 1080p video recording is beyond impressive

The camera also looks good and feels well made. A radial dial lets you transition between various shooting modes and effects filters. The 3” screen is crisp and clear, and the camera’s various options and buttons are arranged clearly.

Furthermore, the SZ-31MR is one of the first cameras to combine videography and photography in the same mode, allowing its users to shoot video while taking photos of the scene at the same time. It’s an innovation smartphones are already beginning to emulate. You might wonder why you’d need a video and a snapshot of the same occasion, but from a technical standpoint the feat is impressive, especially when you consider it’s bundled together in a package that fits in your back pocket.

But in actual fact there’s a very good reason for snapping photos while videoing that special occasion. Quite simply, the SZ-31MR does video recording very badly. From a purely aesthetic viewpoint, a moving 1080 image at 60 frames-per-second is grand, but problems arise when you try to listen to what’s actually going on. Say for instance you’re recording two friends in conversation. You dutifully record the exchange, then plug the camera into your PC and play the video back. Your friend’s faces will be brought to life in striking detail. There’s a wide variety of camera modes to select from

But what they’re actually saying is a whole lot harder to decipher. The reason for this is a flaw so simple it should never have passed through Olympus unnoticed — and if it was indeed noticed, it should have been quickly addressed. You see, the SZ-31MR houses a pair of microphones just above the lens. As you start recording a video, the camera automatically focuses on the scene at hand. Inside the camera a servo, or motor, is moving as it controls the autofocus. As the video rolls, the microphone captures the sound of the camera’s inner-workings so perfectly that anything else going on is practically impossible to hear. It’s a flaw so galling it simply had to be mentioned here.

The solution is obvious. Turn autofocus off. Except the SZ-31MR doesn’t allow you to manually focus, leaving you with beautiful moving picture married to horrible sound. And while at first we thought it might be an issue merely afflicting the SZ-31MR we were given to review, it’s not. Videos on YouTube prove that the problem is indeed widespread. How Olympus can overlook such a major flaw in the camera’s design is baffling. It seems unthinkable no one at the company ever noticed the problem. Worse, no one ever bothered to fix it.

On a brighter note

If you’re going to shoot videos on the SZ-31MR then, make sure you don’t mind an irritating whirring sound, or the absence of sound altogether. But in other areas the SZ-31MR deserves praise. The lens is an amazing feat of engineering and the camera produces nice looking photographs that will please anyone but the most ardent professional. Amateur photographers might especially enjoy the various filters and effects that can be toyed with. You can employ a “Dramatic” mode that lends photos hard lines and a striking presence. Your pet’s face can be recognized for the optimal shot and there’s even a gimmick that makes photos look as if they’ve been drawn by hand; though truth be told, this rarely looks any good. Who the hell leaves a camera on dead logs like that?

Our favourite is “Beauty” mode though, a feature tailor-made for any “part-time model” (to quote Flight of the Conchords). Snap a photo of a person’s face in this setting and you’re given the opportunity to tinker with the harshness of the lighting and the blemishes on the person’s face. You can even apply makeup to the eyes and mouth. It’s Photoshop for beginners.

In total, the SZ-31MR is a good all-rounder with a lot to please casual photographers. At $400 however it’s not a camera you’ll purchase on the spur-of-the-moment. But with such a powerful lens and the tantalising possibility of full HD videos, it’s a cut above cheap and cheery digital cameras. By the same token, it’s also a great deal more expensive and in this light it’s a shame Olympus overlooked the placement and insolation of the microphone, a flaw that makes video recording a frustration rather than a joy.

Still, the SZ-31MR offers a great deal in its small, portable body. It might not take photographs like the professional’s SLR does, but swinging it around in public will certainly make you look like the coolest amateur in town. 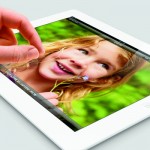