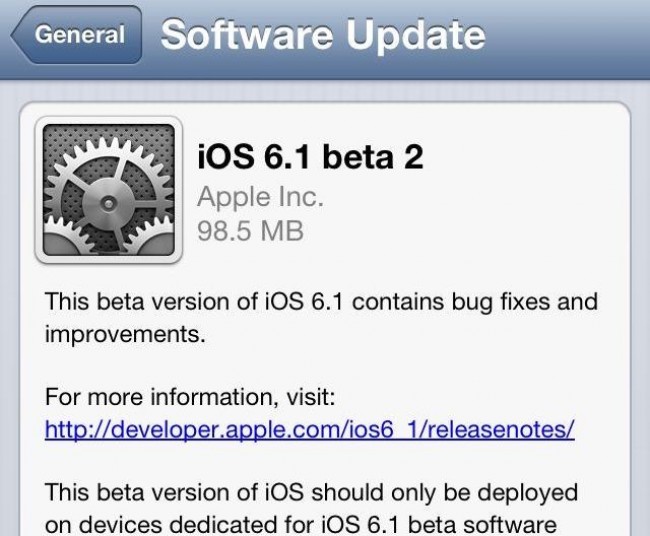 “This is the new shit,” sang Marilyn Manson and it’s what every single (we predict) iPhone 5 user has been waiting for. An actual, honest-to-god jailbreak for iOS 6.1 is being released this Sunday. The jailbreak is for newer iDevices such as the iPhone 5, iPad 4, iPad mini, and iPod touch 5G.

iOS 6.1 releases today for mostly every iDevice under the sun and MuscleNerd, one of the primary jailbreaking experts has this to say on twitter:

@unicornhacker yes, every other 6.1 device variation will be supported. All TWENTY-TWO of them (omg!). Plus atv2 if it’s out in time.

MuscleNerd is a spokesperson of sorts for team Evad3rs, the hackers behind the hopefully upcoming iOS 6.1 Jailbreak. This is the tweet that hints the Sunday release of said jailbreak.

Hey, did everyone know the Super Bowl is this Sunday? What will you be doing? /cc @evad3rs evad3rs.com

So stick with the Gear, as the second the jailbreak hits the interwebs, we’ll test it, crack our iPhones 5s wide open and release a full tutorial on how to unshackle yourself from the miserable software cage that Apple places our phones into.