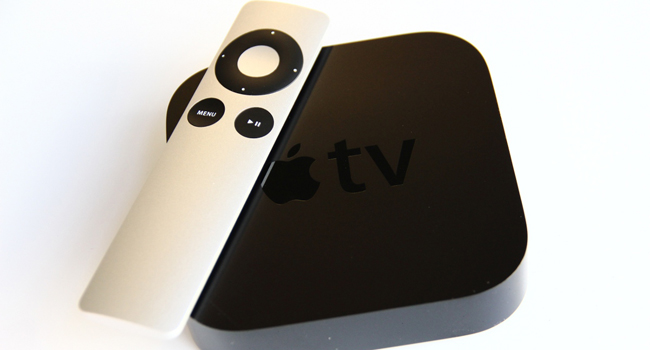 I’m lucky enough to own a Samsung Smart TV. I bought it because I believe in converged devices: I want to watch TV and hop in and out of the web and my apps seamlessly. That is our TV experience of the future. Samsung got that right with its Android-based TV OS and is streaks ahead of the competition.

Unfortunately Samsung got it right in concept only: the execution of that vision leaves much to be desired, meaning I never used the TV’s so-called Smart OS. It’s slow and clunky, and does silly things like perform automatic updates when you are about to load an app that make you sit for minutes before you access it. I’m over it, I don’t use it. While I may be an early technology adopter, I’m not your guinea pig, thanks.

I think this is the lesson that Apple taught the world. And it’s the reason it became the biggest tech company in the history of the world. After despairing at my dream of convergence TV and just thinking it would be well, a dumb screen, I decided to give the third-gen Apple TV go.

I had shunned Apple TV years ago in favour of a Mac Mini. The last Apple TV I had was the clunky, old school first generation with a large case, about as big as the old Mac Mini. The new generation is compact, sleek and minimal, just 23mm x 98mm x 98mm and weighing in at a mere 0.27kg. Its understated design is typical Apple beauty.

But more importantly it comes with Apple’s TV iOS (6.1) which has brought it in line with its other iOS devices (the old Apple TV ran a version of Mac OS). It’s a typically slick and familiar iDevice experience — and if you are an iPhone or iPad user, it’s pretty much the same experience.

But if you have an older TV or monitor or a slow internet speed, don’t bother. This is only for digital HDMI and fast connections, aimed unapologetically at the upper-end of the market. Also if you live in a country other than the States, I would make sure you have a US app store account. I’m not sure Apple TV is worth it without one. The only reason I wanted one was to get the latest movies first — not to wait 100 years for them to be released in another country. Apple TV’s 10 foot user interface is simple enough to use, and it is fairly attractive. For a TV experience you want big, you need HD and you don’t want to fiddle too much in front of your TV with a mouse or keyboard, moving through this window and that — you just want a simple, fast experience that gives you the media you want.

But the ugly stepsister of simplicity is something that is too simplistic. In the quest for understated brevity, the Apple TV comes with too many restrictions and not enough functionality. And it’s a balance I don’t think Apple has cracked.

I found myself wanting more, thinking that I should have rather just plugged a PC or Mac Mini into my TV, and paid the extra for a whole lot more, rather than buy this Apple TV. Why invest in an Apple TV that has no web browser? Why doesn’t Apple allow app downloads or more customisation? Why invest in an Apple TV device that can only download one show at a time, meaning a big fat wait every time you want to see a new show. Why use Apple TV when you can’t plug your portable hard-drive with all your movies into it? Why care about an Apple TV without an SD slot? Why watch Apple TV when you can’t seamlessly watch the AVIs you have just shot on your camera to the big screen?

Some are more equal than others

If I had to plug in a Mac mini or a PC hooked up to XBMC or Plex I would be able to do all of the above. A small PC with Windows 8’s metro tiles that are almost perfect for that 10-foot user interface experience, would also work a whole lot better. Hell, if I didn’t care about HD so much, I could even link up a cheap Raspberry PI to my TV.

I just wonder what Apple TV has got going for it when you get better products in the media centre market like (the now defunct, but gorgeous) Boxee, Mede8ter and a host of other media centres around. Compare the Boxee remote (multiple buttons and a neat little keyboard) with the rather dinky-looking Apple TV remote and you realise it’s just no contest. What was Apple thinking here?

Then there’s Apple’s closed ecosystem. It’s a pain in the ass, and I am tired of Apple telling me what I can and can’t do with my personal media. One wonders if this will be the downfall of the company as other companies catch up to Apple’s head start, and then improve on it with open media standards?

Another irritation with Apple TV was that the device came without an HDMI cable, which means I had to go hunting for one. It just wasn’t the usual plug ‘n play Apple experience I’m used to. Apple is all about that quality, seamless experience — why did it stuff it up by not including an HDMI cable?

Compared to other Apple devices, the Apple TV has a long way to go, and I bet you employees at the company are privately embarrassed at this product. Worst of all is that it is impossible to improve: the third-generation Apple TV remains unjailbreakable as of writing this article. There is just very little you can do with this walled garden.

My advice: run away. Or wait ’till Apple gets this right and brings it in line with its other products on the market. 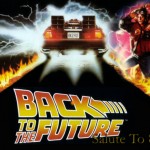