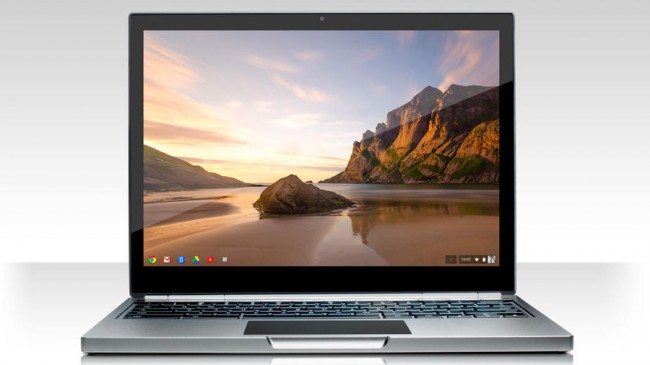 Google’s Chromebook Pixel is bravely taking on the heavyweights of the laptop market, with its premium price tag, and premium-design putting it up against the leviathan MacBooks and a host of Windows Ultrabooks.

Google has taken the cloud-focused, browser-based Chrome OS and provided it with a showcase platform, designing and building the device itself, with a little help from OEM partners.

It’s designed for ‘people who live on the cloud’, and to that end it’s always going to have a tough time against its more established peer – Mac OS and Windows machines that are still much more about local computing.

But at least it gives Chrome OS a device that is indisputably high-end, and confident enough to battle at the top end of the market.

Make no mistake about it, this is a beautiful looking device, not unlike a MacBook Pro but distinct in its own right.

The Pixel is gunmetal grey with a huge glass black touchpad, a black ‘chiclet’ style keyboard and corners that are sharper than Macs but still nicely rounded.

It’s a very square slab of laptop, weighing in at a not-inconsiderable 1.52 kg; but the key difference is the wonderful screen.

Interestingly Google has gone against the trend for 16:9 or 16:10 displays and opted instead for 3:2.

They believe the extra height is better for those people that scroll through web pages – and you can certainly understand the sentiment, with the extra real estate noticeable and welcome.

But the screen is much, much more than an interesting aspect ratio. The 239 ppi makes this a stunning display – every bit as markedly impressive as Retina.

Last, but not least, this is a touch display – with the Chrome OS that we’ll talk more about later being made touch enabled for this new arrival.

It’s still not clear if the world will come to love reaching over a keyboard to flip through screens or tick boxes, but many are confident that this IS the future, and the touch works well enough.

It’s a key differentiator, and one that moves Chrome OS another step towards Android – lines blurring between tablets, phones and laptops.

The touch pad has been loving crafted from special glass to ensure that it doesn’t hurt delicate fingers – that means a silky smooth experience which seems responsive.

Onto the innards, and the Chromebook Pixel comes in two varieties: a 32GB WiFi version that will launch in the U.S. and U.K., and a 64GB US-only 4G LTE version.

There’s an Intel Core i5 acting as the beating heart of this machine providing processing power and graphics, aided by 4GB of RAM and the speed of the solid state local storage.

That local storage is, of course, expected to be used alongside the cloud, and Google will provide a whopping 1TB of online Google Drive space when you buy a Pixel. This expires in three years, but Google insists that it will still allow read access even if you’re not prepared to pay for the extra space.

Chrome OS is a more common site these days at the cheaper end of the market, but for those who are not familiar with the operating system, this is Google’s attempt to reinvent Windows and Mac OS.

It’s the Chrome browser that is at the base of this approach – this is a web OS, leaning heavily on web apps, websites and cloud storage.

The OS comes alive when it’s connected, but even with some major offline strides (Google Docs is now a lovely experience even with a patchy network) it becomes significantly less capable when without signal.

At the low end, that has been tolerated – but when you’re up against premium products it remains to be seen if people are less satisfied with the deficiencies.

The Chromebook Pixel is a beautiful machine, with a truly remarkable screen, a lovely industrial design and good specs – but it needs to be at the price, and it’s going up against some truly impressive opposition.

For those who love Google Apps and have been waiting for something premium, this will be a fantastic new arrival. However, for those that are choosing from scratch between Ultrabooks, Macbooks and Chromebooks there are still major doubts.

Most of those come from Chrome OS rather than the hardware, which is going to win a lot of admirers. This is a beautiful machine; a little heavy but a genuinely interesting entry into the high-end of the market.

We’ll spend a lot of time with the Chromebook Pixel in the coming days and weeks, and we should be able to bring you a much better idea of whether this is a curate’s egg, or a genuine reason so consider Chrome OS.

This article by  Patrick Goss appeared on Techradar.com, a Burn Media publishing partner. 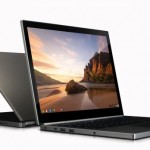