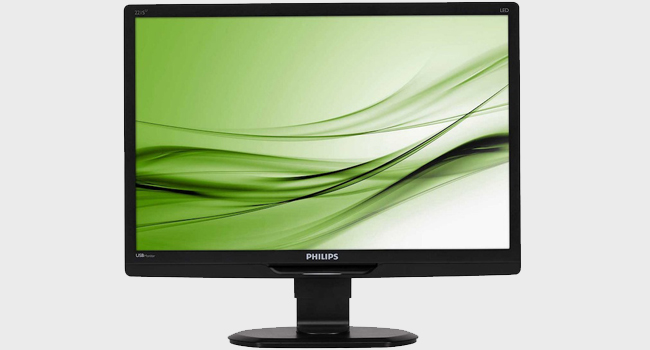 I must say I am pretty happy that Philips decided to introduce an eco-friendly LED monitor into the market with the added ease of a USB connection. The days of clunky extra power cables need to be put behind us.

Philips, when designing this monitor, thought about simplicity. It has no buttons and relies solely on the power of the computer it is plugged into. The USB monitor has a “special” low-power LED backlight and consumes approximately nine watts. According to the Dutch company, this means it consumes 50% less power than any of its rivals.

It’s also interesting note that, thanks to LED backlighting, the monitor is free of mercury, one of the most toxic natural substances which affects humans and animals. This provides an eco-friendly display throughout, from manufacturing to disposal.

As wonderful as that is for an environmentalist like myself, it doesn’t say much about the screen itself. The energy-efficient TN panel, which Philips uses here, produces a somewhat fair image quality when viewed head-on. The problem though is if you move it too much in either direction, chances are the picture quality will begin to lose what little crispness it had.

Designed for optimum position, the monitor’s Ergo Base tilts, swivels and is height adjustable so each user can position the monitor for their best working position.

Packing in with a 16:9 aspect ratio, the 21.5-inch screen with a 1920 x1080 resolution is adequate. The 1 000:1 contrast ratio, 150cd/m2 brightness and 5ms response time even mean that though you’re saving tons of power, the experience begins to feel average after a while. Its sleek, simple design with no buttons means no display inputs, no on-screen display menus or configuration options — things tend to get a little hard when optimum comfort isn’t all that optimum.

Generally the screen works just fine. If you use it as a second screen with moderate tasks you are unlikely to notice that it’s powered by USB. It does however tend to struggle with video content especially when viewed in full HD. It is supposed to be compatible with Mac OS X, Windows Vista/XP and Linux but I was only able to use it on Windows 7 PC.

Ultimately this monitor failed to impress my shoddy eyesight. As wonderful as it is to have an eco-friendly device to help me minimise my ever-increasing carbon footprint, it seems that my eyes’ ability to feel comfortable wins. I will say this, the Philips is one of the easiest monitors to use, it very requires very little fuss when connecting. I would suggest using it as a second screen to track analytics and social feeds, as I did. Basically things that don’t require your immediate attention but need to monitored.

It is also quite pricey and doesn’t necessarily justify its US$150 cost. Not recommended. 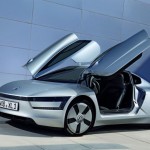