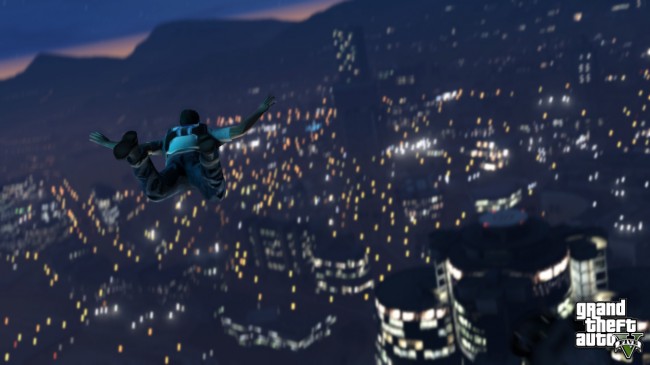 It was a trailer released in November last year that gave us a taste of what Rockstar had been working on since The Ballad of Gay Tony. Forget Max Payne 3 and LA Noire. These were fantastic games — and still are. But all were handled by sub-divisions of the Rockstar juggernaut; small tributaries of the Rockstar North machine. No, last November we got a whiff of a quintessential, full-bodied Rockstar dish: a sardonic and politically incorrect mirror of current affairs. Grand Theft Auto V was arriving like a hammer-blow to the politically sensitive. Best of all, it wouldn’t be long before it arrived – or so we thought.

“V” is a simple and in fact appropriate moniker for the newest entry in a game series that needs no introduction. Rockstar first teased GTA V and its setting, a revamped Los Santos (Los Angeles), in 2011. Yet it was the November 2012 trailer that truly illustrated the technical wizardry underlying the game. A Game Informer article came out at the same time as the November 2012 trailer, outlining Rockstar’s vision for the largest open-world in gaming, three central characters and a myriad of diversions. When was it coming? March/April 2013. It truly seemed too good to be true.

Fast forward three months and that dream truly is too good to be true. Rockstar’s magnum opus is being held back and is now slated to hit stores with a whopping thud 17 September. This disappointing announcement has at least stirred a great deal of (often amusing) debate on the web regarding the delay. Plenty of theories have been offered up, many ignoring the obvious fact that it might simply need more time in development. At any time, the player can swap between the three central characters

One theory is that GTA V will soon be the jewel in the crown of Sony and Microsoft’s new consoles. The Playstation 4 and Xbox… 720 are both expected to be released at the end of the year. Smart folks on the internet made the connection between September and the end of the year and thought, hey presto! GTA V must be destined for a “next-gen” release!

Doug Creutz does a good job of hedging his bets when he says that he “suspect[s] Take-Two may have plans to eventually publish GTA V on the next set of consoles in some form…”. Even Rockstar big-wig Dan Houser admits, pragmatically, that “everything… is up for consideration.” Indeed GTA V may be headed for next-generation consoles. But does this have anything to do with the delay?

Creutz presses on: “We think the closer proximity of GTA V to the next cycle could, at the margin, impact lifetime sales of the title”, though he concedes that it will be a major seller nonetheless. To sum up, Creutz believes there’s a possibility Rockstar will cash in on the “next-gen” crowd. Truly stirring guesswork.

Cinema Blend believes the “RAGE technology that powers GTA V is well in advance of current-gen tech and has been begging for something bigger and better to really flex its muscle…” This, of course, from a reporter who has yet to play the game or even see it live and in action. Cinema Blend’s reporter continues: “It would only make sense for Rockstar to have a port of GTA V ready for next-gen consoles, and moving the release window closer to the holiday season to reap massive sales from current-gen consoles with a September launch of GTA V means they can double-dip as the game releases again as a launch title for the Xbox 720 and PlayStation 4…”
Amazingly it seems the internet is unwilling to accept Rockstar’s reason behind the delay: “We know this is about four months later than originally planned,” reads Rockstar’s message on their website, “and we know that this short delay will come as a disappointment to many of you, but, trust us, it will be worth the extra time.

GTAV is a massively ambitious and complex game and it simply needs a little more polish to be of the standard we and, more importantly, you require.” Even CEO of Take-Two, Strauss Zelnick, has played down reports from various media outlets that the delay must signal “next-gen” intent. But while analysts like Doug Creutz make a living out of guesswork, hedging bets and stirring up falsehoods, don’t expect the rumour-mill to stop churning any time soon.

The Rockstar way is the right way

Rockstar, much like Valve, has always prioritized the quality of the game over the timeliness of its release. And so that trend continues. Nothing but the best, especially for you

But, as is the Rockstar way, we will simply have to wait a little bit longer. In the end, it’ll all be for the better. 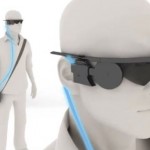