The Ubuntu operating system for smartphones will start shipping in beginning October, the founder and CEO of Canonical Ltd Mark Shuttleworth told The Wall Street Journal.

Shuttleworth said the newest OS in the smartphone market will be released in “two large geographic markets”, but dodged questions on which markets this would be. He did however say that North America is “absolutely a key market for Ubuntu.”

The Ubuntu OS was revealed at CES 2103, with Shuttleworth showing off the OS himself on a Samsung Galaxy Nexus. Pundits are giving this OS a thumbs up so far and it could be seen as a more than viable competitor for Android and iOS. The OS will run the full Ubuntu desktop operating system, allowing smartphones to become a full-blown PC when docked to a station or keyboard.

Yet it has not been all plain sailing for Ubuntu, as Canonical promised a release of a working Ubuntu for the Galaxy Nexus. That was back in January, and then revised for late February. Add that to the intended full release date for October, traditionally the start of the silly season for mobile OS’s and new smartphones and tablets and whatnot. It could just be a game of catch up for Ubuntu, with iOS, Android, Windows and now also Blackberry having toted its new OS, already in the mix. 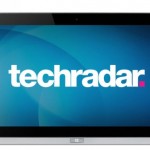