The Nintendo Wii U has recorded less than stellar sales for its first quarter of 2013. Actually, dismal is a better word. According to Gamasutra, a source at the NPD Group reveals sales figures for the Wii U was well under 100 000 units, and more likely in the region of only 45 000 to 59 000 units for January.

There could be various reasons for this, but the lack of big game titles is one of the more prevailing factors. Apart from titles like Black Ops 2, Just Dance 4, New Super Mario Bros. U and maybe one or two smaller titles, the Wii U has been deprived of big names. A good example is Far Cry 3 which is not available for the Wii U, and currently the second best-selling game title for December through to January on PS3, Xbox and PC.

It doesn’t get any better. Sales figures suggest that the Wii U sold 38% less than its predecessor during the same life-cycle, a representative told Gamasutra. For Nintendo this won’t be easy to rectify. Game titles don’t just sell like hotcakes from the start. It takes one or two “seasons” for a title to gain popularity and the time it takes might be a bridge too far for Nintendo.

The Wii U is not much different from its older brother, if you think about it. It’s a Wii with a fancy touch-pad, HD-graphics and a higher price. That’s it. It doesn’t seem like the added gimmick has drawn any more buyers. Couple that with the “family friendly” gaming experience the Wii has garnered for itself, and you have hardcore gamers running for the hills. Or for the Xbox and PS3.

The Xbox with Kinect has attracted more buyers, as has the the PS3 after more than six years finally proven itself with popular titles. The new PS4 will also be announced within a week with promises of game changing technology, and that could be the final nail in the Wii U’s coffin. 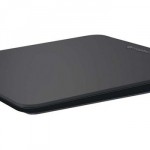