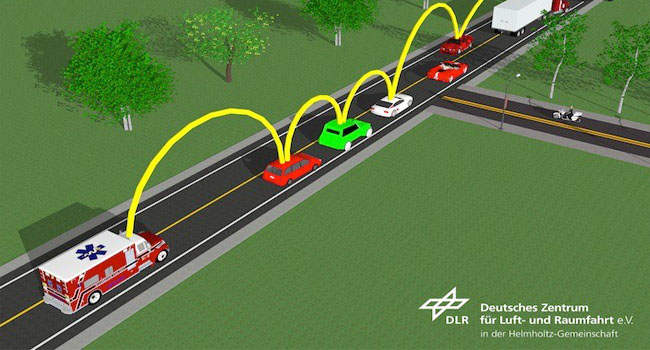 It seems obvious, really, but a crucial step towards fully autonomous vehicles is making sure that the vehicles can respond to their surroundings. Each car needs to know exactly where every other car and obstacle is, which requires huge amounts of research and testing. This is called CAR 2 CAR Communication and a consortium was created by some of the top car makers to share car communication technologies and make a standard to ensure all cars will connect.

The development of the autonomous vehicle requires, essentially, that cars don’t hit anything and this requires communication from car-to-car and car-to-object. That is the main focus: don’t crash. Simple enough, right? Not so much.

With so many manufacturers out there, a universal system is needed to make sure every car can connect with another and no crucial information is lost. So the CAR 2 CAR Communication Consortium was made in order to make a space for manufacturers to share car-to-car technologies and make a standard in which car companies can abide. So far the members are Renault, Daimler, Volkswagen (and the million car companies in it), PSA Peugeot Citroen, Volvo, Honda, Audi, BMW Group (including Mini), Opel and Man (the big trucks). A fine following, no doubt, and sure to grow.

Each of the members has been doing their own research, focusing on one aspect or another. And once in a while, a member will actually publicise its findings. The system in general uses a dedicated wireless network and GPS systems. Cars within a certain radius will be linked automatically for the given period that they are near each other. They will share information like the proximity distance to each other, speed, direction and possibly what horrors the one car has seen previously down the road. Transmitters will also be installed in the actual road’s infrastructure to further enhance the system.

Volvo, ever the safe and level-headed, came up with a list of benefits that such a system would provide. Green Light Optimum Speed Advisory is a system that tells the driver what speed to maintain to make the green light. There are many other warning systems incorporated, such as Road Works Warning, Emergency Vehicle Warning, Slow Vehicle Warning, and Traffic Jam Or Accident Ahead Warning. They all basically do the same thing: warn the driver of upcoming spectacles. It’s like a vehicle sixth sense. Now all we need is a thriller starring Will Smith where smart cars try and kill him.

There are many other projects relating to the Consortium, one being led by the German government, called Safe Intelligent Mobility — Test Area Germany (simTD). It is the world’s largest field test for car-to-car and car-to-infrastructure communication technology.

General Motors, a member of simTD, has been working on a car-to-pedestrian communication system using signals from the smartphones of nearby pedestrians or cyclists to show their whereabouts. The movement towards cheaper, more accessible means of these technologies is key to getting them out in the public.

Honda, most recently, has shown a sweet little technology that uses a smartphone app and a cloud server to cheaply connect the users together. The app will analyse acceleration and braking patterns, determining which pattern is most likely to cause traffic congestion and telling you how to drive more efficiently.

It is done rather simply: the colour on the phone changes accordingly. So if you are braking too much and causing mayhem, the colour is purple. What you are looking for is green, then you’re being a responsible citizen. The best thing with that system, besides its accessibility, is that it has already been tested and verified for its abilities. Honda recently conducted real-world tests in Jakarta, Indonesia and verified its effectiveness. Honda even claims that by using this system, fuel economy can by decreased by 20 percent. It’s like an infallible back-seat driver. Pretty terrifying, actually.

I’m not a fan of autonomous cars, but I do agree with a system like CAR 2 CAR Communication. It will go a long way to truly make roads safer and hopefully more pleasant to drive on, besides the nanny telling you how to drive. The best thing though, is that while it is being developed mainly for autonomous vehicles, it will benefits everyone on the road, even those who actually want to drive their cars. 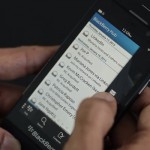