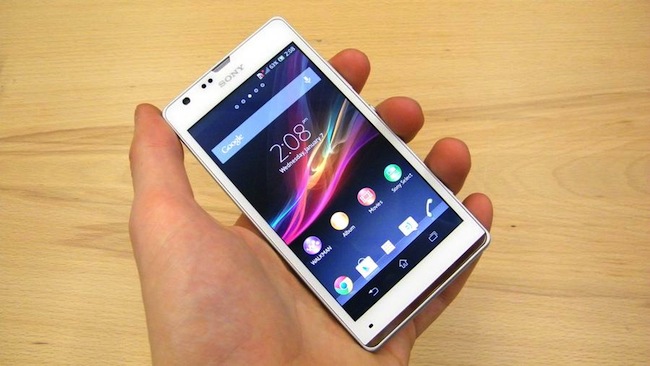 Sony has been hard at work pushing its high-endXperia Z, but that’s not stopped it quietly crafting a superb-looking and hard-working handset.

The Xperia SP might lack some of the specs of its larger brother, but there’s no doubt that its got enough going for it to make it a real consideration for the smartphone buyer that’s not going to shell out a fortune each month.

There’s no prizes for guessing where the SP’s heritage lies, with the handset apparently taking the best bits of theXperia SandXperia Pand fusing them together into one device.

Sony predictably wouldn’t give us a price or release date for the Xperia SP, but word is that it will come at the lower end of the cost spectrum, meaning it could be available for just £20-£25 per month and early reports suggest it will set you back around £330 SIM-free.

When you consider you’re getting a phone with a 4.6-inch screen that’s as high-res as theSamsung Galaxy S3, a new version of Android, a 1.7GHz dual core processor and4Gconnectivity, it’s a pretty startling combination.

And while it might not have the dust-proof unibody of the Xperia Z, the SP does have that most rare of commodities in a removable battery cover, under which lurks the 2,370mAh battery (weirdly) and also a cheeky surprise in the shape of a microSD slot.

The battery itself though is fused into the handset, so you won’t be able to swap a flat one out for a fully charged pack, but at least the microSIM and SD ports are easily accessible.

The Xperia SP feels impressive in the hand, thanks to the smooth plastic cover (which comes in red, white and black) which actually feels a lot more premium than the price would suggest.

We reckon it’s a tad on the heavy side at 155g but it’s well-balanced so we didn’t struggle too much with one-handed use.

It measures a respectable 130.6 x 67.1 x 9.98mm however the Xperia SP does feel a little chunky as the sides are flat instead of tapered.

The quickly-becoming-iconic Sony power button is on offer on the right-hand side of the phone, and is placed perfectly for the thumb or index finger to rest on when holding the phone. It’s also joined by a dedicated camera shutter button – ticking off another big plus for the design of the Sony Xperia SP.

That 4.6-inch screen looks as sharp as you’d expect from a phone rocking Sony’s display technology – it might not be as crisp as other high-end handsets from last year, but when you watch any video powered by the Mobile Bravia 2 engine, it’s a real treat, especially when you consider the price.

The screen is responsive and we were able to merrily skip between the seven homescreens and app lists without too much hassle and the dual-core processor does a good job of poweringAndroid Jelly Bean.

It has more zip than the lower endXperia L, although some applications such as the camera still take a couple of seconds to load, reminding you that the Xperia SP isn’t quite in the same league as the Xperia Z.

Sony has applied a light overlay to the Android system, which sees the addition of quick settings in the pull down notification bar allowing you to easily toggle things such as Wi-Fi, Bluetooth andNFC, while a range of additional widgets and themes have been added to the personalisation options.

On top of that, the bottom of the phone hosts a translucent bar which glows in relation to the image on the screen, in a similar manner to theSony Xperia Ufrom the days of Sony yore.

It’s not a deal-breaking feature, and you’ll probably not notice it half the time, but given it can also be used for notifications, it’s not a bad thing to have.

The camera, an 8MP option, is another design win for the Japanese firm thanks to the central rear sensor and we were pleased to note it’s rammed up with all the technology (including superior auto mode) from the larger Xperia Z.

There is a single LED flash and a variety of effects which can be applied to your photos as well as the option to snap a panorama if you find yourself in front of a particularly pleasing vista.

As we’ve mentioned the camera app takes a couple of seconds to load up, but once in we found the auto-focus snappy and the shutter speedy allowing us to quickly capture our surroundings.

Interestingly though in the camera settings the picture quality only goes up to 7MP, even though the Xperia SP sports an 8MP lens on its rear. It could be a typo which needs correcting, but it did throw us a little.

The two step camera key on the right hand side makes taking pictures much easier, allowing you to hold down half way to focus and then fully pressing to take the snap.

If you wish you can also capture full HD video and snap pictures while filming – something we’ve become accustomed to on HTC devices.

The keyboard on the Sony Xperia SP is a pleasing little feature with a setup wizard greeting you when you first access it, allowing you to customise the layout to suit your style of writing.

You can choose to add/remove some of the keys and the 4.6-inch display on the Xperia SP meant there was plenty of space for a full QWERTY set up, allowing us to merrily tap away without issue.

Watching video on the Xperia SP is something which should be encouraged as the handset performs admirably during playback with a bright, vibrant screen making movie marathons a real possibility.

Although not blessed with the looks or specs of the Xperia Z, the Sony Xperia SP is a phone that still deserves a raised eyebrow of appreciation thanks to the combination of spec list and likely price.

The body is smooth and feels quality in the hand, and while the screen is slightly dwarfed by the larger chassis, there’s no doubt this is a phone that could fly off the shelves if enough people get fed up with the notion of spending loads of money each month on a handset.

With an impressive screen, Android 4.1 and an 8MP camera, alongside NFC and 4G, this spec list wouldn’t look too out-of-place on a new flagship phone from another firm right now – and with a lower price, that’s an ace notion. 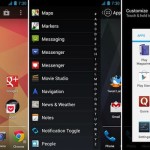