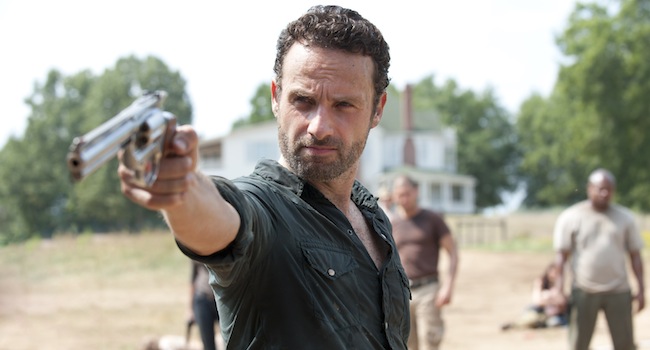 By Pippa Tshabala and Steven Norris

A zombie apocalypse is imminent, and as the Boy Scouts say, “be prepared.” Not zombies per say but it could be anything mindless and undead. Bored hipsters, frustrated iPhone users pushed to the brink, even a mass mobile phone infection as seen in Stephan King’s excellent book, Cell. It doesn’t matter, something can happen. That’s what our tech survivor’s guide to a zombie apocalypse is about.

Not all of these will be long-term solutions of course, especially since gadgetry relies on the fact that existing systems need to be maintained, unless the zombies are more conscientious than we’ve come to believe.

Please note that this is all in the name of tech fun, so no getting crazy now.

So first, how much easier would it be to find a petrol station or a convenience store with supplies if you have a GPS? There is debate as to whether or not the satellites would remain in sync for an extended period of time (of course with people who have no idea about how these things work, this is all theorising), at the very least this would be incredibly helpful in the initial stages of the outbreak. Provided of course that you’re not spending more time focused on the GPS than on your surroundings. You would probably have to turn the voice direction off as well — nothing attracts a horde of zombies faster than a GPS saying, “In 500m turn left, then you will have reached your destination on your right.” Rugged, yes. Plus it has a neat little colour display, runs off batteries and boasts over 20-hours of life. Having to find a power source while you’re splitting skulls open is never ideal.

And a voice recording device

It might not be too nerve-wracking however if you have some sort of distraction that will allow you to make a break for it. Some sort of recording device perhaps. Imagine being chased by walkers: they’re gaining on you, you have nowhere to go, and then an ear-splitting shriek sounds from a few metres away! The zombies are distracted just long enough for you to slip away unnoticed! How did this happen? You threw a screaming voice recorder into the mix of course. Record your screams, then when the time is right, press play and let the undead follow the noise. Since I’m working on the premise that electricity probably won’t be an option, I decided to go with a voice recording device that uses batteries as opposed to an iPod or similar media recording device. This would likely be a scavenged item with limited use — after all who would stick around to retrieve it unless they were especially suicidal? You could of course always use a universal solar charger for mobile devices.

The specifications aren’t that great (1.2GHz CPU, 2GB RAM, 160GB HDD, 10.4 XGA display and Windows 7), but the laptop is caked in Wolverine-strength magnesium alloy. It can survive a six-foot drop, withstand oil, water and “oven-like” temperatures. But can it still run Linux after you’ve smashed the Toughbook repeatedly into the skull of a Walker, raining blows again and again until nothing is left but teeth, skin and blood? I can’t wait to find out!

Two-way radios are a must

Next, communication. Walkie Talkies. These should also be used sparingly to conserve battery power and limit noise around zombies, which could draw attention to you and your comrades on a scavenging mission. An ideal way to communicate with your partner as they make their way into an unknown building in search of supplies, the Walkie Talkie is indispensable, although with all of these devices you need to stock up on batteries of all sizes. Zombies that never sleep mean you need to be constantly on your guard. Even at night. In the dark. At the risk of attracting attention to yourself, it nevertheless seems prudent to keep a flashlight on you. This has multiple functionality, firstly helping to light your way, which while it might attract zombies, will also stop you stumbling into them accidentally while fleeing in the dark.

On another level if you’re a lookout the flashlight can be used to signal to your group that it’s safe or unsafe to travel, without the need to shout and attract attention. Working on the assumption that zombies are unlikely to be looking up a great deal of the time to see what’s happening above them, you could likely signal with the flashlight if you were positioned on higher ground.

This beast is crank, AC, DC and solar-powered. When the walking dead threaten to turn us into salami, batteries will be the last thing on your mind. Silent kills, that’s what a crossbow is for

Lastly, weapons. I had a bit of a tough time with this, trying to think of a weapon that could be considered a “gadget”. I’m going to avoid guns in this case, because I don’t think of these as gadgets, and of course they attract a great deal of attention with the amount of noise they make. Melee weapons such as axes, knives and bats are also not high-tech enough to be called gadgets, so those are out. An automatic crossbow however…

It’s almost silent, deadly, and the ammunition is reusable which means if you’re quick you can retrieve your ammo from the now neutralised zombie. Granted the fully automatic crossbow in the video doesn’t reload speedily, but it’s still probably quicker than fumbling with a crossbow bolt yourself. Daryl Dixon, hick star of AMC’s The Walking Dead uses the Horton Scout HD 125, outfitted with a red dot scope on his model. Using a crossbow accurately is no joke though, and takes a fortune of skill to master. Once you’ve got it down though, the undead are your playthings. Amazon lists this as a bow for “fishing” but let’s call it for what it is, a silent zombie death machine.

Up next, a slightly more dangerous alternative, insofar as it’s a lot less subtle than the crossbow. Still more silent than a gun, but only for the really desperate when caught in the middle of a herd, the flamethrower will burn zombies uh… alive… in about 5 seconds. On the down side, this weapon requires fuel, so you would need to have some on hand, and the fuel tank is likewise vulnerable to attack, meaning that your attempt to burn the undead might backfire. Yes, that.

Amazon says that the Red Dragon is for “garden use only” but with some modifications, this thing can surely be of some use. It’s illegal to purchase military flamethrowers, so unless you break into an army base during “the event”, you’ll be plumb out of luck. This insanely hardcore Russian gun-nut knows what flamethrowers are all about. Let him show you how “a real man” users a flamethrower. Insanity.

If you need a firefighter though: UST Strike Force Fire Starter US$20 Delivers 950,000 volts of pure stopping power! says the tagline. Tackling the undead will be tough now, how do you decide your method of attack? Up close and personal or a sniper rifle from the distance? I like me some close-up brain popping, just don’t get any viscera in your mouth. Do you really need a mobile phone? Let’s just get around the issue of mobile phone networks being torn down by the undead and pretend that T-Mobile, Vodafone, Orange and so on still work. In that case, we’ll need a rugged mobile phone that can survive blood splatter, being immersed in water, a rapid and sudden attack, whatever. In the US, there’s a phone called the Samsung Rugby Smart, built to “810f” military standards. It’s dust proof, waterproof and shock resistant. Downside, it’s Android 2.3 and when the undead walk the earth, there’s little chance of Android offering an upgrade to Jellybean. If it’s a mobile phone you require with an impenetrable case, then it’s this little beauty below that should do the trick.

If you have an iPhone 5 and need it to be as close to bullet-proof as possible, there’s always this:

The last word in Zombie defense

Lastly, a weapon that is completely and utterly impractical, but which was cool enough that it deserved a mention. MTHEL, or Mobile Tactical High Energy Laser. This is a weaponised deuterium fluoride laser that was developed in a joint research project between Israel and the US. Honestly I have no idea what that actually means, it was designed to shoot down hostile aircraft but when used on “soft targets” on high setting (I don’t think I want to know how they tested this) it will vaporize the flesh right off the subject, leaving a skeleton that literally crumbles to dust moments later. Just like in the movies. All of this takes a mere three seconds.

Now cool as this sounds, it’s also rather impractical. It’s insanely expensive, requires an enormous power source and uses highly toxic chemicals. It also requires a cool down time before it can acquire new targets, so unless you’re attacking zombies are willing to stand around and wait while MTHEL charges up again, you’re probably better off using something else. Here’s the sucker in action:

Image: all other images via Amazon.com