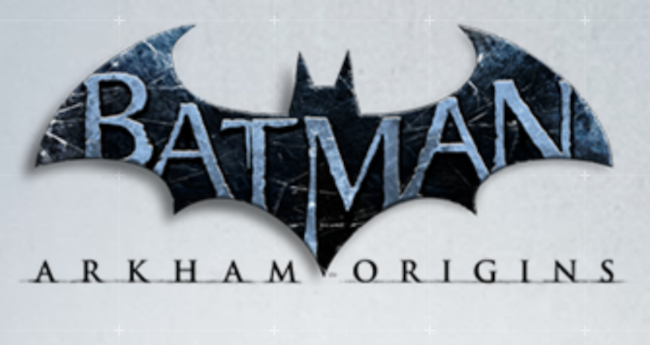 The Batman gaming franchise has seen some highs (any Arkham game) and some lows (Batman: Dark Tomorrow), but nothing will beat the fever that the latest Batman title, Arkham Origins will deliver. You can bet on that, and Gamesradar has unearthed some exciting details, unwrapping some of the mystery surrounding Batman: Arkham Origins. First, it’s video time:

There’s no word on how young he’ll be, but let’s expect an less-experienced Batman who’s having to learn the ropes and acquire skills in an organic fashion. Imagine guiding Batman through his development from inexperienced crime fighter to the whirling dervish of ninja goodness that he is now?  This is a wise move, and will surely turn Bats into a relatable character, something game designers love beyond reason. The official announcement for Origins describes Bats as “a young and unrefined Batman as he faces a defining moment in his early career as a crime fighter that sets his path to becoming the Dark Knight.” Sounds suitably intense. It’s a sure bet that one of these moments will be meeting up with Commissioner Gordon for the first time, or perhaps Batman and Robin going on their first picnic.

It takes place on Christmas Eve in Gotham City

This is a big one. Arkham Asylum was “nice” and Arkham City was “fun” but a GTA-like Gotham City will be “the shit”. This is what fans have been clamoring for since the news of a sequel broke. Arkham City is a living, breathing cesspool of corruption and crime, the ideal place for a Batman then. The game will be immense in scope and will hopefully offer more for the gamer to get lost in. Run this scenario around in your noggin for a bit: There’s Batman, standing on top of the Wayne foundation building in the heart of Gotham, slowly scanning for crimes. Something far down below alerts Bats and with a nudge of the controller, he’s sent rocketing downwards like a black leather-coated missile. The Batmobile is waiting below, its hood slides open, Bats sinks in and the chase is on. A sleek car, the biggest city yet and two fists. That’s how we like to game.

Eight assassins have been sent to kill batman and one of them is master person-hurter, Deathstroke

The Arkham titles have very few flaws to poke holes in, even the story-lines are tense, lean fun. Origins has an ace up it’s sleeve in the form of eight deadly assassins, lead by the truly horribly-named Deathstroke. “I’m so evil, you’ll stroke to death before I even touch you.” Someone at DC was feeling very emo that day. Regardless, this is an excellent idea and one that will provide endless amusement for the average twitchy gamer. What would be even better, is if Origins could kick it into gear and let Bats snatch a unique weapon from each villain. This raises a question though. If Deathstroke is the main villain (or the one we know about), where does the Joker fit into all of this? With Mark Hamill off future Batman projects, will the Joker turn into a watered-down version of the crazy cat we all loved when Luke Skywalker voiced him? Here’s hoping that answers a no.

Batman: Arkham Origins releases 25 October 2013 on PC, Wii U, 360 and PS3. Preorder it now from Gamestop, Walmart or Best Buy. Or go green and download Origins from Steam when it swoops in this holiday season.

Now, feast your eyes on some in-game stills. 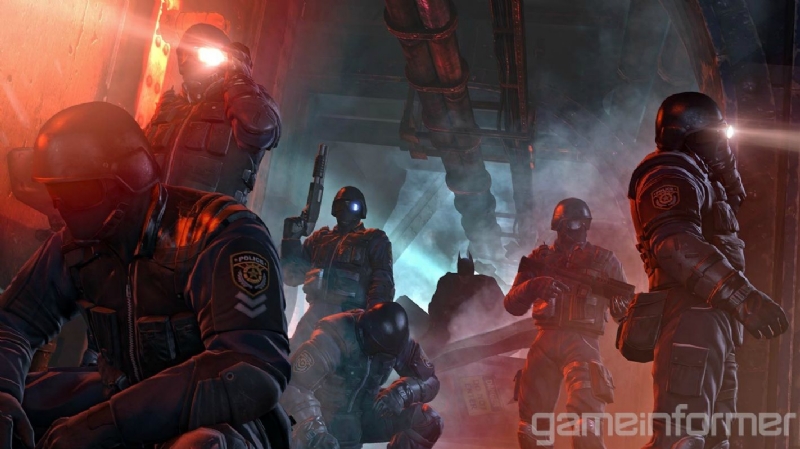 A heavy police presence is needed in Gotham. 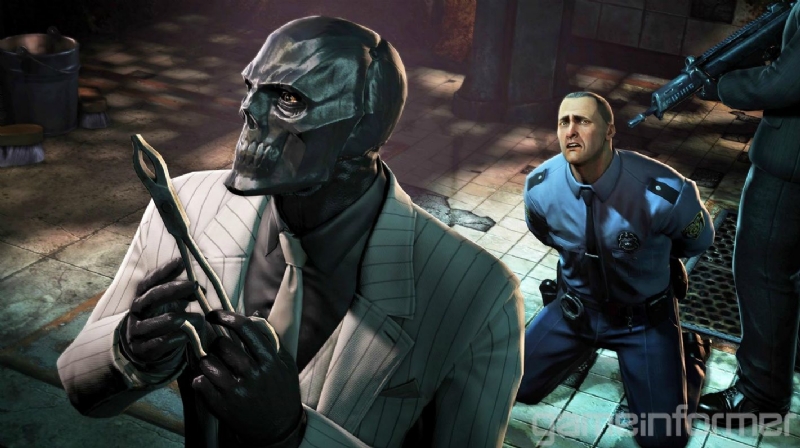 This must be Black Mask 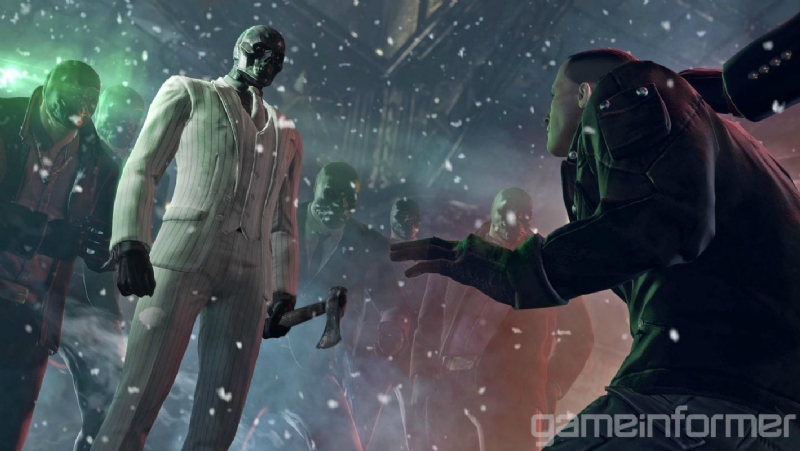 More of the Black Mask. It’s a sure bet that he called in the eight assassins after Batman 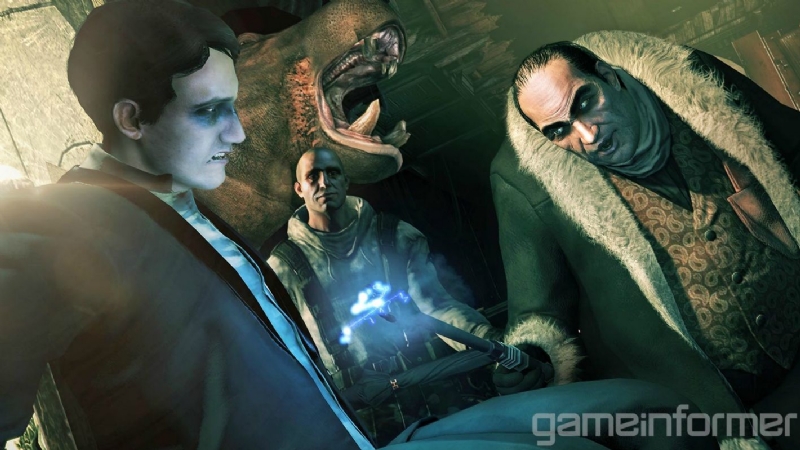 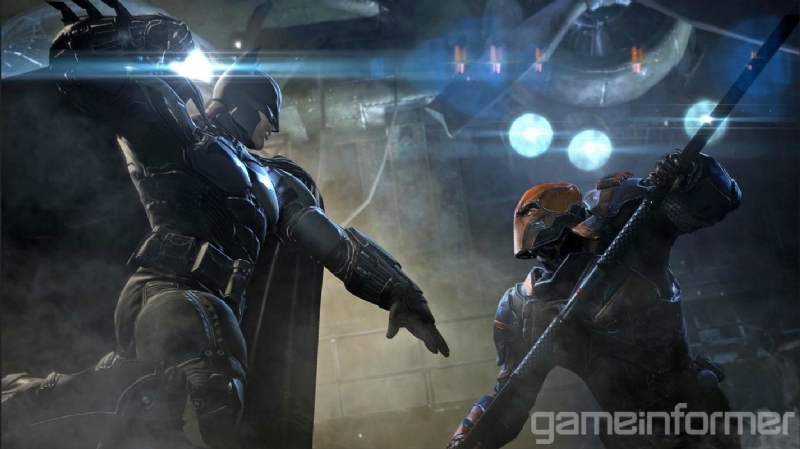 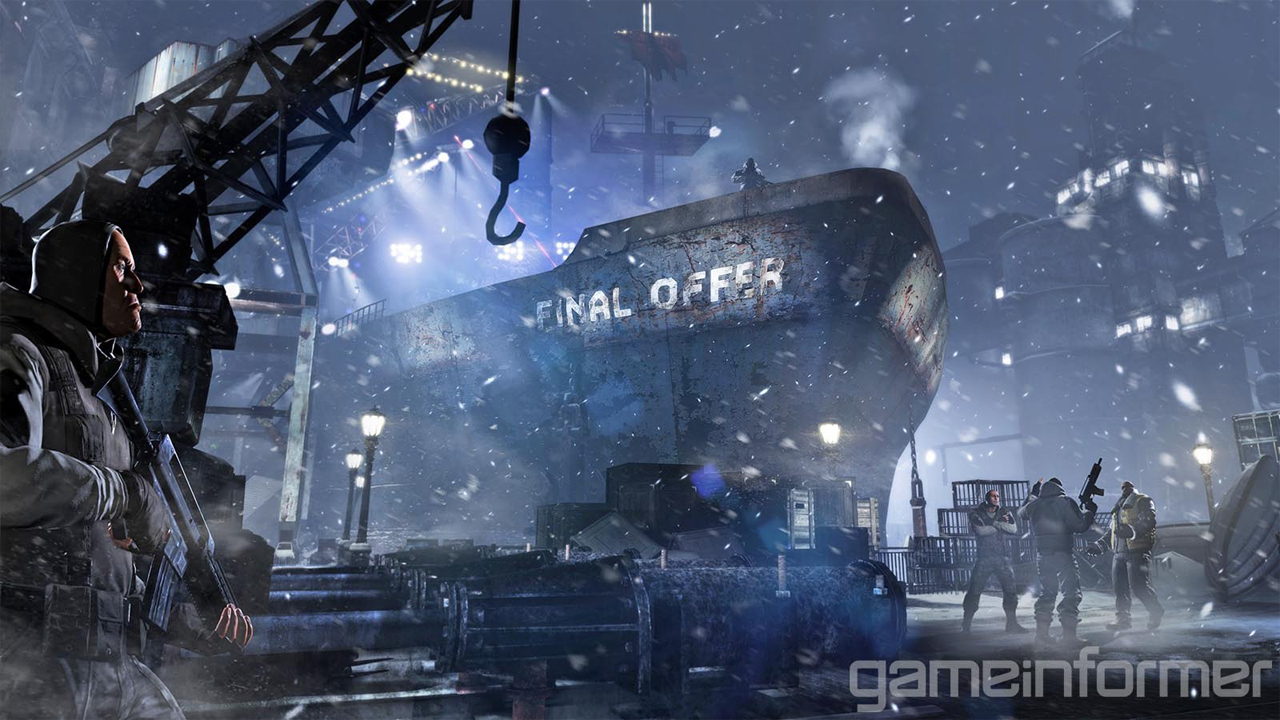 This level has the potential to be amazing, look at that crane, look at the ship. Fun. 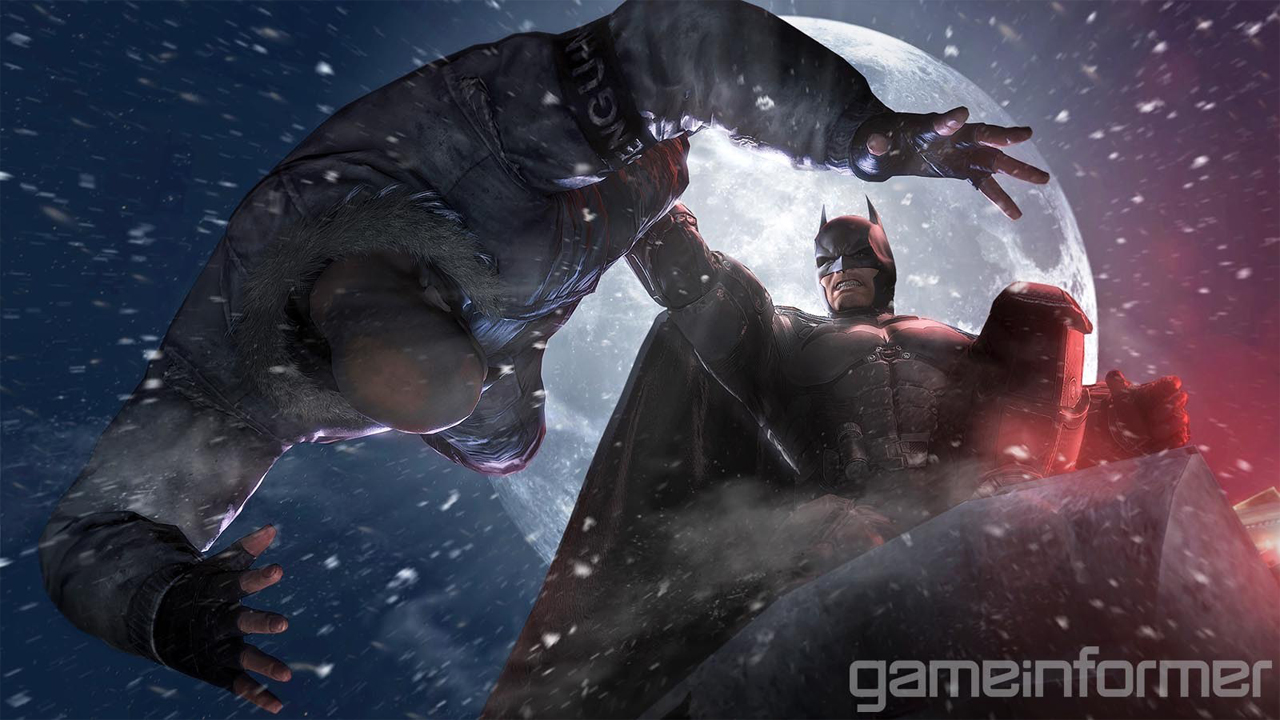 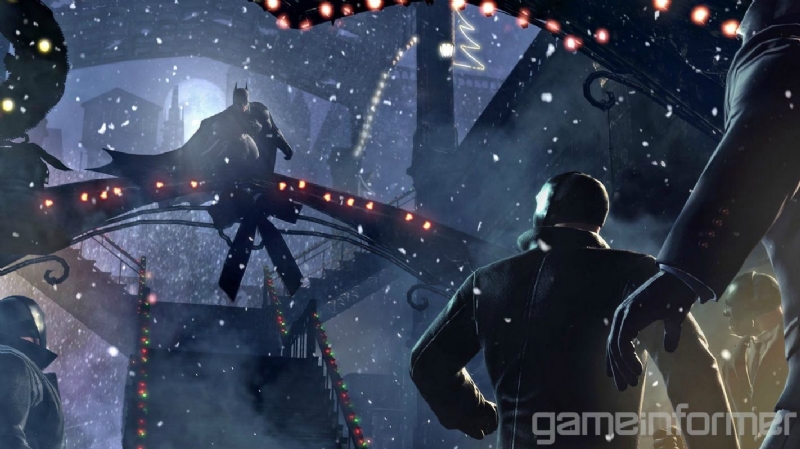 During moments like these, it’s nice to sit back and relax before spines start to snap 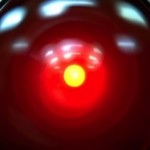