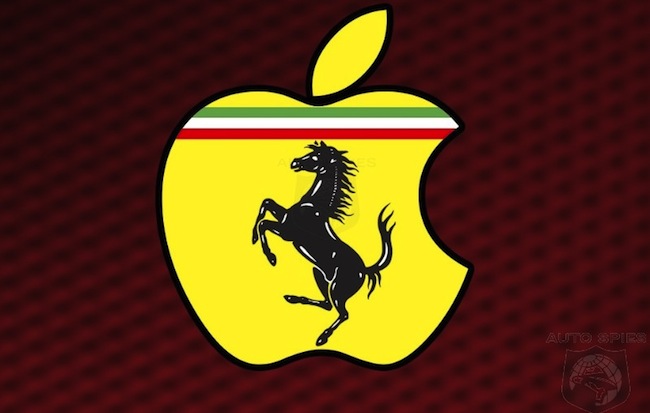 As further personal technology is integrated into our lives, it comes as no shock that it is getting even more integrated into the cars we drive. We spend so much of our time in cars, why shouldn’t we be able to connect to our normal social networks while crawling in traffic? Ferrari has teamed up with Apple to do this exact thing, while BMW and MINI have partnered with Glypse to provide a convenient way to stalk your friends.

It may not be a new partnership between Ferrari and Apple — the two most powerful brands in the world according to Brand Finance — but it is the first action that has been produced by the collaboration. For Ferrari’s FF, its four-seater, four-wheel drive hatchback, Apple’s iPad Mini will be the main source of infotainment.

The FF is directed at the rich traveler, one who can afford to go wherever they want, but still wants to drive there. It makes sense then that Apple would want to showcase its gadgets in this Ferrari. The two iPad Minis will sit on the back of the front seat headrests, providing all the entertainment a trust-fund baby would need on the way to the Alps, while dad is driving his way down the mountain roads.

The biggest aspect of this partnership thus far is the Siri integration. This will be particularly useful when driving — for instance, searching for whatever you need whilst driving — but it’s hard to do when the iPads are in the back being man-handled by your friends or children. It is unclear where else Ferrari and Apple will take this newfound partnership, but hopefully there won’t be any Ferrari branded Apple products or vice-versa. I don’t know if I could keep any respect for either brand if any special edition Ferrari products come out of Cupertino.

We all have that friend, or friends, who are always late with blatantly ridiculous excuses. With Glympse, you can track their every move. Especially now if your friends have a BMW or MINI, which gives them even less of an excuse.

The Glympse service allows you to share your location in real-time, to contacts on your phone, Facebook or followers on Twitter. This is particularly useful if you are running late and want to prove you have already left. It will also show how long it’s going to take you to get somewhere. It’s even more useful to parents who don’t trust their kids, so they can watch their every move.

Its main function is to provide hands-free accessibility to the device, particularly when someone wants to communicate to a friend where they are. It syncs the calendar, phone book and the service also connects to other BMW approved apps like Rhapsody, TuneIn and Audible.

This move is not only to integrate smartphones into cars, but to also further prevent people from using their device with their hands while driving. This also makes sure that they actually arrive at their destination, rather than getting into an accident while using their phones.

It is fully integrated into the BMW or MINI dashboard through an iPhone; just plug it in and the BMW optimised interface will be displayed on the dashboard. Glympse is also available for Android, Windows 7 and 8, and BlackBerry devices, but for the collaboration with the BMW Group, it is only available through an iPhone. So, if you have an Android and a BMW, you best be looking towards one of those mainstream fruit devices. 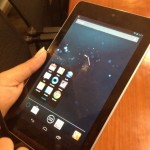