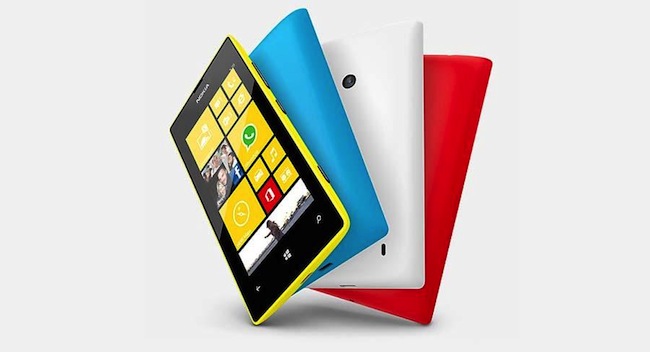 The Nokia Lumia 520 is Nokia’s fifth Windows Phone 8 handset. It’s a phone which slots into the very bottom end of the range, just below theNokia Lumia 620. 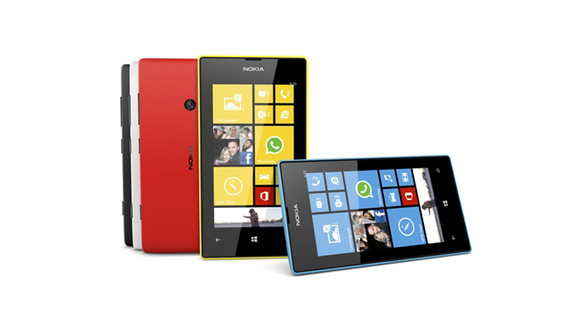 And we do mean just below – the specs of the 520 and 620 are remarkably similar, meaning that Nokia’s main competition at the bottom end of the market is itself. Otherwise, its biggest rival is likely to be the recently launched Huawei Ascend W1 – a low-end handset that we’re rather fond of.

Of course if you look beyond Windows Phone 8 then there’s also a whole host of Android competitors such as the Huawei Ascend G330 and theOrange San Diego. 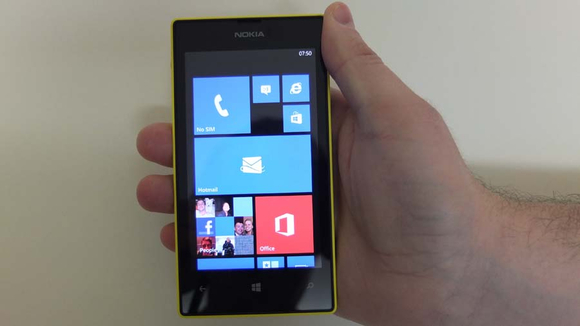 The Nokia Lumia 520 has a fairly generous 4-inch, 480 x 800 display and is powered by a 1 GHz dual-core Snapdragon S4 processor and 512MB of RAM. That may not sound like much but the power matches the Lumia 620, and we had few qualms about the performance of that phone given its price. The screen is actually slightly bigger than that of the Nokia Lumia 620, which only has a 3.8-inch display.

That means a decent saving for those who don’t mind committing to a network. It’s a little cheaper than the Huawei Ascend W1 too. 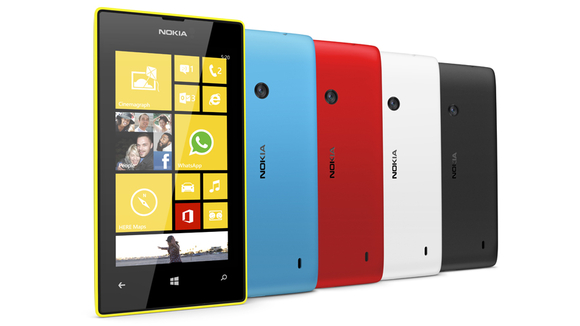 Like all recent Nokia handsets there’s a lot of colour in the Nokia Lumia 520. It shares the look of other Lumia devices, with a single piece of smooth plastic covering the back and sides of the phone. That shell is available in black or white, but the bright shades of yellow, blue and red on offer will appeal if you like it loud. 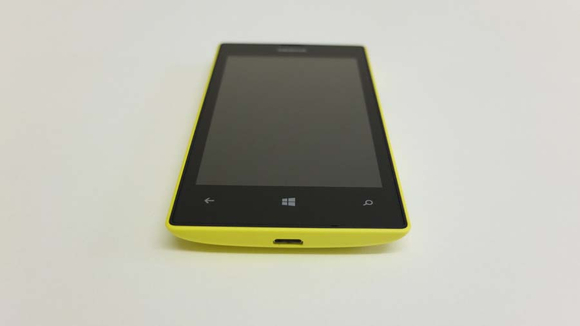 If nothing else, it makes Nokia handsets stand out from the crowd. Regardless of the colour, it’s quite a nice looking phone in other ways, with an angular rectangular design more in line with the higher end Nokia Lumia 920 than the curved edges of its closest relation – the Nokia Lumia 620.

It’s certainly a more distinctive (and we’d argue classier) look than that of the Lumia 620 – which is odd for when the Lumia 520 is supposed to be the more basic option. 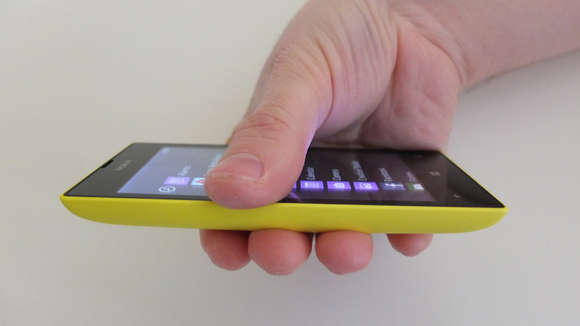 We like the feel of it too. The plastic casing seems almost warm, making it nice to hold, and it’s not as slippery as it might look – so getting a firm grip on the handset is no problem. The almost jagged corners can dig into your hand a little when held in certain positions, but it’s at worst slightly uncomfortable and easily avoided by adjusting your grip. 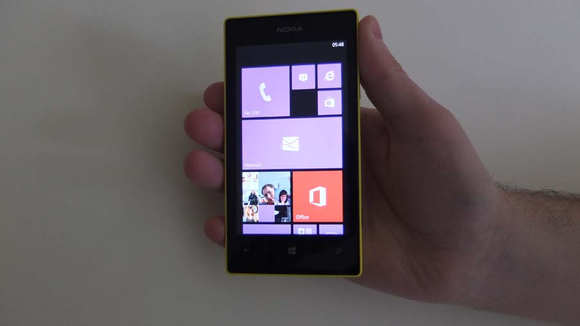 The front of the Nokia Lumia 520 is mostly screen as you’d expect and at 4-inches it’s a decent size for a low-price handset. The pixel density of 233 pixels per inch also isn’t bad at all for the money you’re paying – sure it’s dwarfed by the likes of the 469 ppi HTC One, but it’s also many times cheaper.

A huge plus is the ability to use gloves with the screen too – being able to type in the cold weather is becoming a really common ability on phones, but we’re impressed Nokia managed it on such a cheap handset.

Unlike some handsets, the screen here isn’t edge-to-edge: there’s a black border running the entire way around it. At the sides this border is fairly narrow, but it becomes quite wide at the top to make room for the earpiece and a Nokia logo. It’s even wider at the bottom, because that’s where you’ll find the start, back and search softkeys. 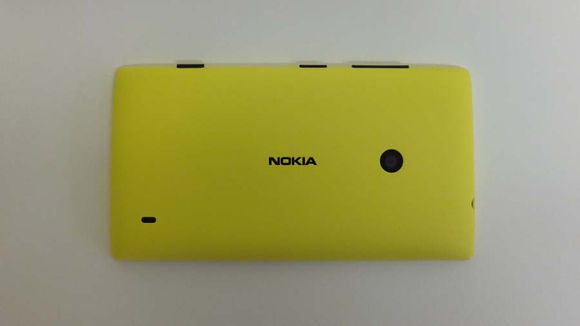 The back of the handset is almost featureless, with just a small Nokia logo in the centre, the 5-megapixel camera lens near the top and a tiny loudspeaker near the bottom. 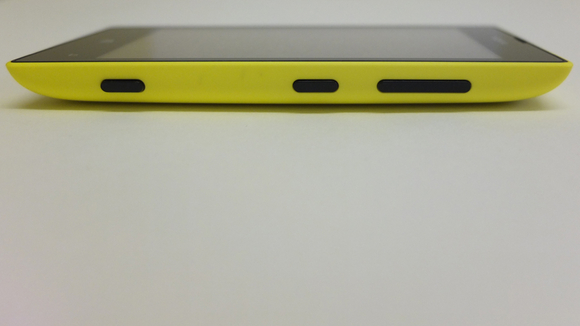 The right edge of the handset houses all of the phones physical buttons, with a volume rocker at the top, a power button near the middle and a camera button near the bottom. The layout works well, with the buttons spaced far enough to prevent confusion. 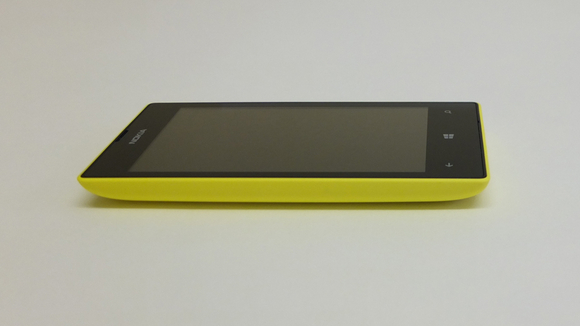 The left edge is devoid of any features, ports or buttons at all. 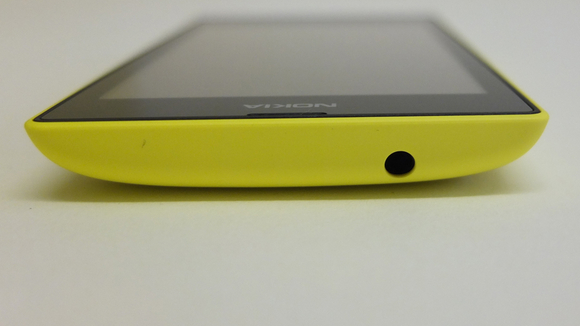 The top is home only to a 3.5mm headphone port on the left hand side. 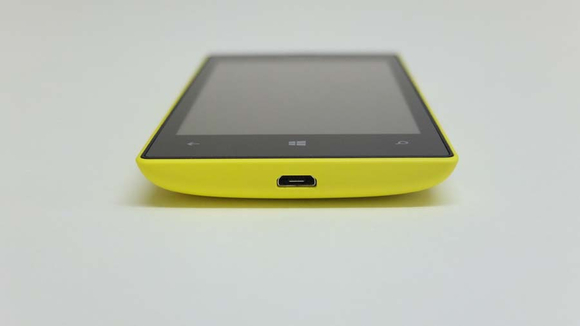 The bottom edge has a micro USB port in the centre, which is used for charging or connecting the Nokia Lumia 520 to a computer. 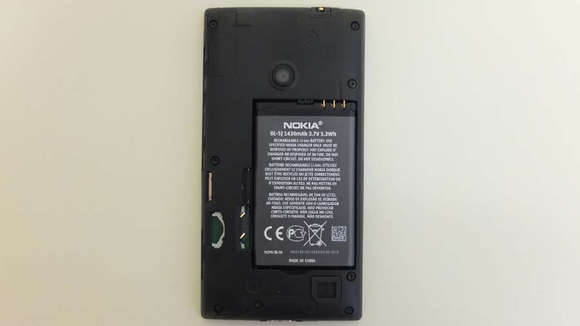 The back cover is easy to remove – you simply use your nails to peel it away at each corner. The cover itself feels reasonably sturdy, so we don’t see it snapping even if you take it on and off a lot.
Once that has been removed, you’ll have access to the 1430 mAh battery (which interestingly is bigger than the 1300 mAh battery found in the Nokia Lumia 620). 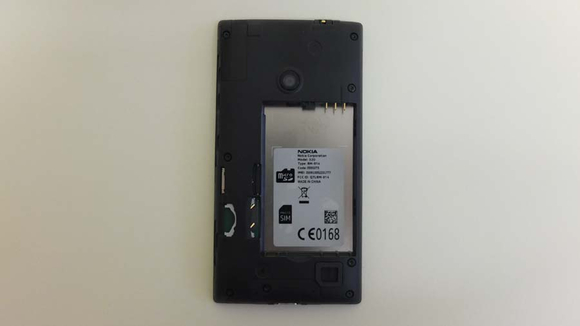 Underneath the battery there are two slots – one for a micro SIM card and one for a microSD card. The Nokia Lumia 520 supports up to 64GB cards, which comes in very handy for bulking up the storage from the fairly limiting 8GB of onboard memory.

At first glance it’s certainly an impressive handset for the price, easily competing with the similarly priced Huawei Ascend W1 and potentially rendering the Nokia Lumia 620 redundant. In fact, given that it has similar specs, a bigger screen and a better battery, you might be wondering why the Lumia 520 is considered lower-end than the 620.

Well, there are a few reasons. First off, the Nokia Lumia 520 doesn’t haveNFC. It also doesn’t have camera flash or a front-facing camera, plus there’s no compass built into it, and while the screen is slightly bigger it still has the same resolution – resulting in a marginally lower ppi.

But we don’t consider any of them to be deal breakers, and depending on how you plan to use the phone they may well be things you can happily live with – especially for £70.

This article (which can be continued here) by James Rogerson originally appeared on Techradar, a Burn Media publishing partner. 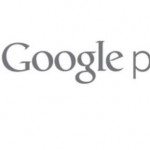