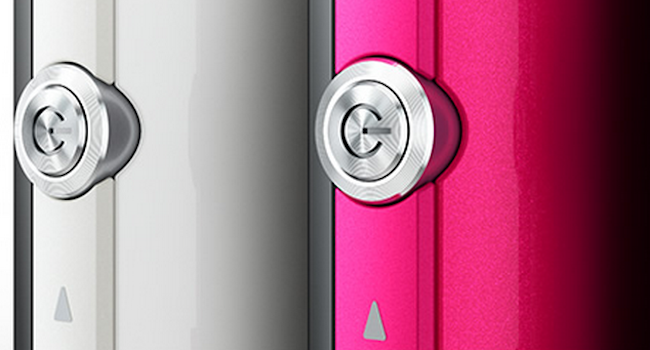 The Japan-only Sony Xperia UL is coming. Sony’s stab at a version of the Xperia Z for the Japanese market is markedly thicker with a Xperia UL-exclusive 15-shot burst mode. Outside of this it’s practically the same lovable, huggable piece of 5-inch class from Xperia. But wait, there’s more:

Xperia’s UL has a Snapdragon 600 CPU, which a slight bump from the quad-core Qualcomm 1.5Ghz processor as seen in the Xperia Z. The camera is also slightly better (according to the information supplied by Sony) thanks to the increase in CPU power. Both the UL and Z have a 13.1-megapixel camera though, so it will be taking direct image comparisons to see which phone is the victor. Also different from the Xperia Z is a centered camera, and a speaker that’s been moved from the side of the phone to the rear, just like with the Samsung S III. Check out the thickness of the Xperia UL in the video below:

The colour range even attempts to distance the Xperia UL from the Z. Pottery Black, Polished pink and white. Happily, the Xperia UL includes LED notification’s, something that the Xperia Z is sorely missing. Speaking of shortcuts the Xperia Z was lacking, the UL adds in a dedicated camera button that launches the app from the lock screen. Why Sony didn’t include an option like this with the Z is a mystery to us. Watch out for the Xperia UL 25 May