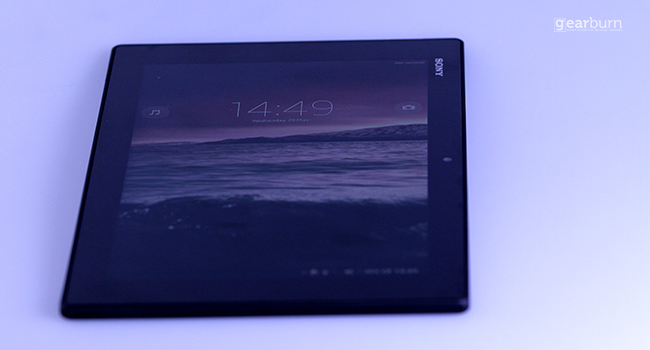 I was handed Sony’s Xperia Z Tablet yesterday. It’s a great-looking, 10.1-inch tablet that’s waterproof, lightening fast and pretty costly. In this hands on review, I’ll attempt to convince you that despite a very short amount of time spent with the Z Tablet, it’s most likely going to be a contender for tablet of the year. When I’m fully convinced that I’ve spent enough time with the Xperia X Tablet, I’ll post the full review.

Sony’s Xperia Z smartphone was the template for the tablet version and the rubberized slate of glass I loved as a phone, translates beautifully into a 10.1-inch tablet. This is the best-looking tablet on the market, no question.

It weighs next to nothing, 496 grams for a tablet is barely there, especially for a 10.1-inch devil. From my limited use of the Z tablet, I was rarely uncomfortable and the weight never really affected my browsing and content consumption habits. The Z Tablet feels great. The screen is like an infinity plane of glass, and the back is rubberized – not a fancy leather like with the PlayBook, but a matte coating that’s very business-friendly in nature. Sony isn’t messing about, it wants you to keep your expensive new tablet scratch proof, and a rubber back is its answer. The inverted sides of the Z Tablet continue the minimal design template set out by Sony. The latches are unnoticeable and the signature Sony power switch on the side practically follows suit, which is very unlike how it was on the Z Phone (it stuck out like a sore thumb).

The water and dust-proofing (it’s IPX5/7 compliant) is masterclass. You haven’t lived until you’ve checked your Facebook in the shower. In short, it works and in my full review, I’ll push the “life-proof” tablet to the limits. Ultimately, it’s hard to fault the design and feel of the Z Tablet. It’s as if BlackBerry’s PlayBook stretched itself out and was steamrolled flat. And that’s amazing.

The hardware list reads like a high-end laptop: A 1.5Ghz quad-core CPU, 1920×1200 Mobile BRAVIA Engine 2 display (the fancy name makes a huge difference to the look of the screen), 2GB RAM, 16GB internal memory (upgradable to 64GB with a microSD card), an 8.1-megapixel camera, an Adrene 320 GPU and it doubles as a flipping TV remote. Theres nothing left to chance here and outside of a few very overpowered smartphones (Galaxy S IV, Xperia Z), the Z Tablet is the one to beat. Testing the power of a mobile device is easy, thanks to Grand Theft Auto: Vice City and Modern Combat 4, two mobile titles that push portable devices to the edge of madness and back. With GTA: VC pushed to maximum resolution and draw distance, the tablet sang. There was no lag, no screen tearing and the game looked better than it did on my Playstation 2. GTA isn’t a modern title, but when you pair the Z Tablet with a PS3 controller (you’ll need a separate USB-OTG cable) it’s mobile gaming heaven. Modern Combat 4 fares even better as it’s an Unreal 3-engine powered game so it looks the business. It is a 1:1 clone of Modern Warfare/Battlefield but once you get past that, it’s an almost unbeatable mobile gaming experience. In the full review, I’ll include detailed benchmarking but the early verdict is power, oodles of it.

Here’s the salt, wound, rubbed into it part of the tale: the Xperia Z Tablet is going to retail for R9500 in South Africa when it launches June 2013. That pushes it out of impulse buy and into the “let me consider this very carefully” realm. I loath comparing devices, but I’m going to do just that for the pricing.

From this list, and outside of the super expensive Elitepad which isn’t really that good, the median price is R6000. So for an extra R3500, is it worth it? That decision rests on what you need a tablet for. If you want a tablet for content viewing, gaming, wireless music, writing and life in general, this is for you. If you want the same thing but it must be iPad-shaped, then get an iPad. For those who can’t make out my sarcasm, the Z tablet is well worth the R9500. It’s a future-proof portable power machine that runs Android famously. Your money is well spent here.

It’s a little pricey, but the Z Tablet is worth the investment. It feels great, speeds along without a hitch and has the perfect display. After a little more time with the Z Tablet, I’m sure that it’s flaws will be revealed but for now, I see nothing notably wrong with it. 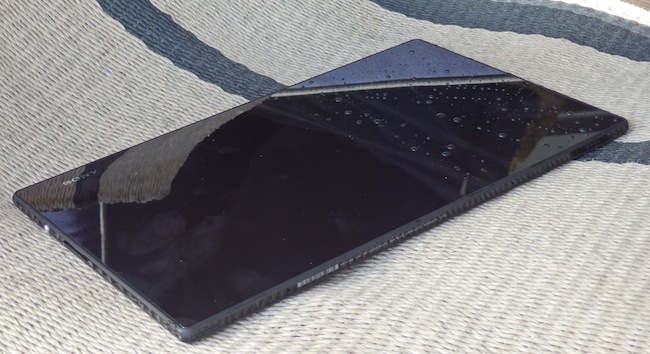 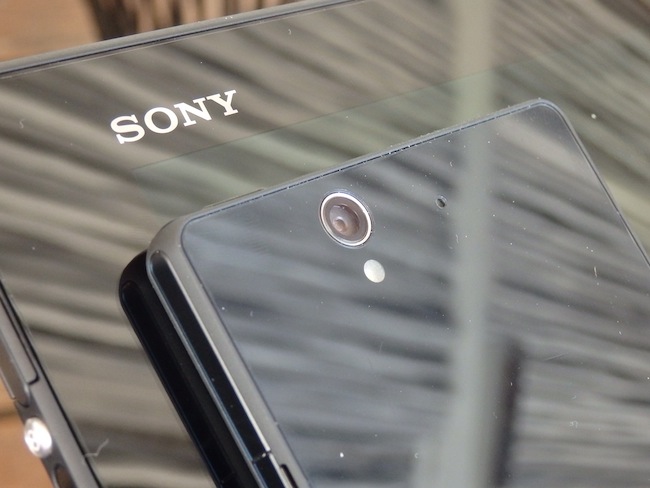 The Z phone sits atop the Z tablet.

Back In The Bucket 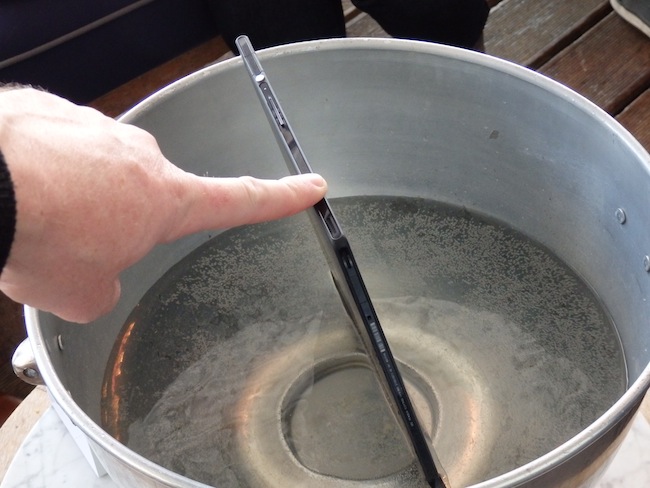 Immersed in melted champagne ice, the Z operates without a hitch. 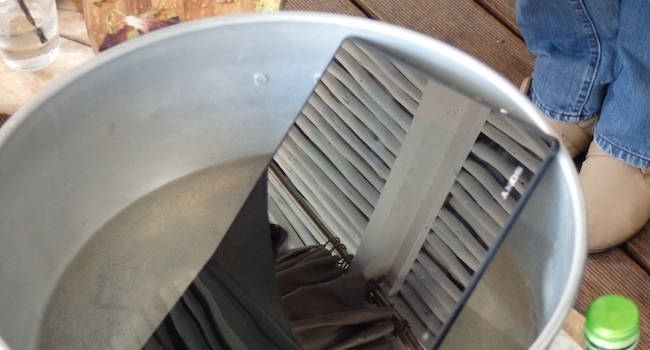 The thing is so damn shiny it hurts.

The Z Dries Off 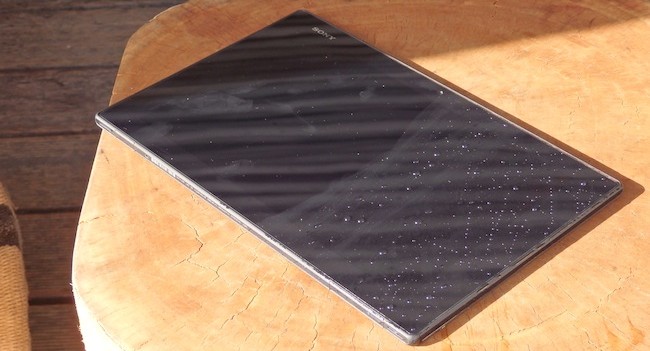 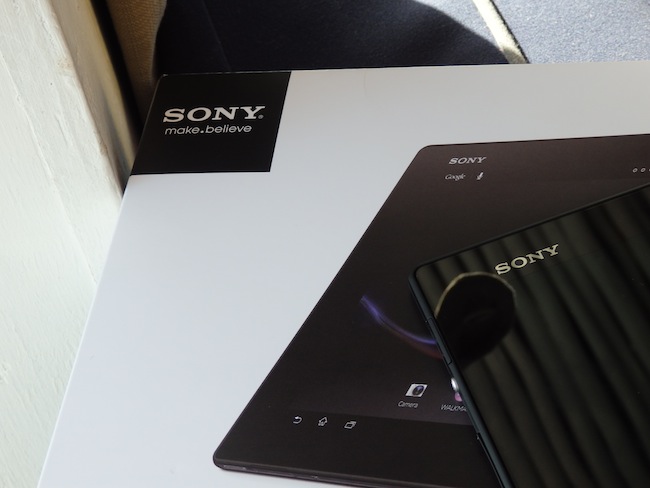 The Rear Of The Z In Water 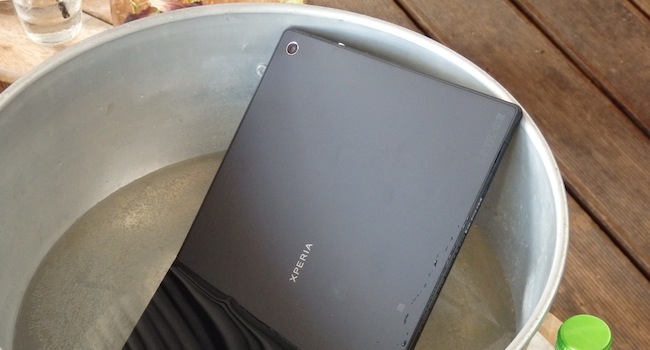 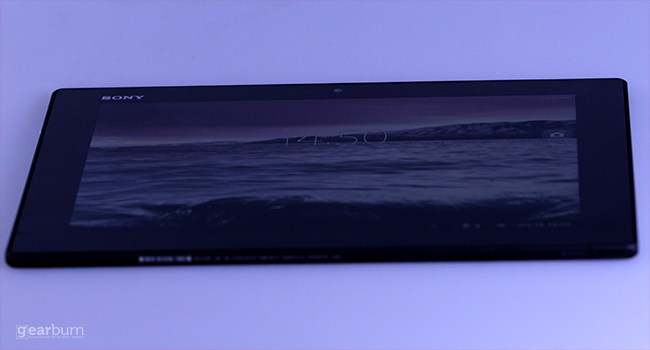 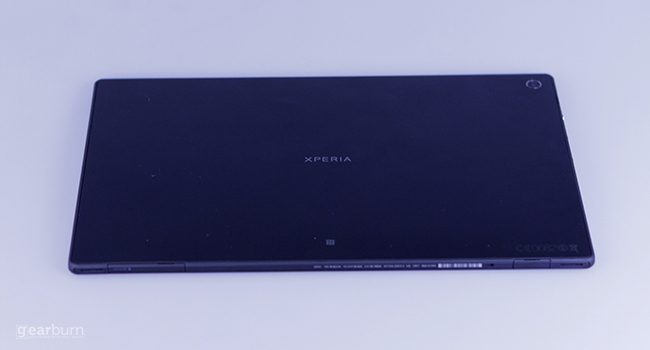 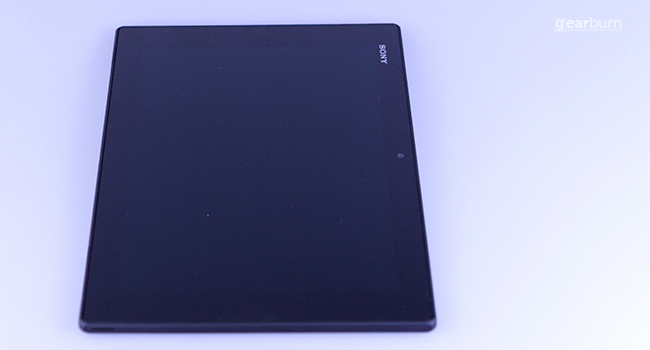 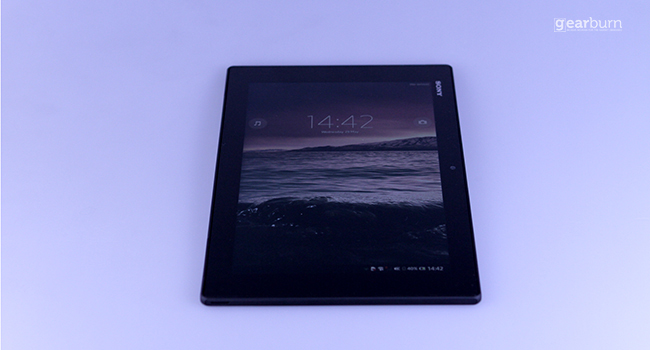 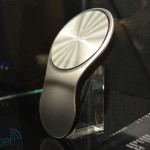