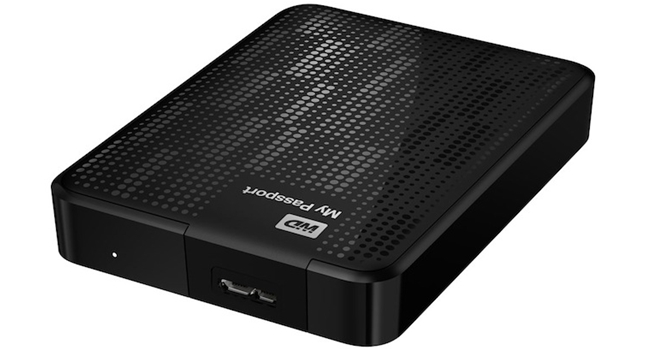 For US$139, Western Digital has given me 2TB of USB 3.0 goodness. The WD My Passport 2TB Portable External Hard Drive is good and chunky, it’s super-quick and it’s a Western Digital drive, so there’s a hardware heritage that practically ensures a longer-lasting drive. There’s almost nothing to complain about, outside of the lame first-party software companies still insist on bundling with its products. Here though, is why I recommend the 2TB My Passport drive.

USB 3.0 will go down as one of the best technologies to emerge from the rubble in the past two years. Going from USB 2.0 to 3.0 is like jumping from cruise control to warp speed. Yes, USB 3.0 is five years old, but the speeds still impress me. For the My Passport, I benchmarked speeds of a very healthy 87MB/s. When I plugged the drive into a USB 2.0 port (most USB 3.0 interfaces are compatible with both speeds) the megabytes per second dropped to an average of 33MB/s. This all looks great on paper, but when compared to the latest SSDs and super-storage devices such as the Kingston HyperX (speeds of up to 250MB/s), the speeds could be seen as dire. The Kingston HyperX is a flash drive though, and a very expensive one at that. For US$139, 87MB/s is more than acceptable.

The WD My Passport has a tiny hardware footprint. The drive measures  11.2 x 8.1 x 2 cm and weighs a mere 230g. This thing is light, ultra-portable and thankfully doesn’t require an external power supply (thank you USB 3.0). It’s also economically shaped, so to speak. WD has cut off as much slack as possible, while still managing to maintain everything that’s important about a drive: a good solid feel, plenty of storage (mine was the 2TB version) and one slot for the USB cable. There’s no wasted space with the My Passport, just speed.

I use a Mac Pro Retina Display (2011) and according to the specifications, the WD My Passport will only work on PC. Not so, as formatting the drive as ExFat, a file system best used for SSDs and flash drives, made the drive compatible with both Mac and PC. Just a note though: if you’ve formatted the drive Fat32, using it on a Mac will create a read-only  situation. You’ll be able to copy from the drive and view the content, but you won’t be able to alter the files. For cross-platform users, ExFat is the way to go.

The drive comes with a host of WD software tools that while handy, are a bothersome extra. WD’s automatic backup is supposed to “work quietly in the background” as it archives and protects data. The process drops the speed of the drive to sub USB 2.0 transfer rates though. Highly bothersome.  Then there’s WD Security that can protect files with by means of hardware encryption and passwords. It works, but I had no practical use for it. If you want a secure drive, grab a flash with a biometric fingerprint scanner, or backup to the cloud. But again, the WD Security works, it’s just another layer in the way of my content. I’m fussy like that.

Verdict: There’s nothing to fault the WD My Passport 2TB Portable External Hard Drive. As a standard drive, it excels. Speeds average from good to great, it’s highly portable and it’s relatively inexpensive. It’s not the newest drive around, but it’s still one of my favourites. Yes, it’s not as sexy as a phone, but hard drives are an important part of our lives, and WD’s 2TB My Passport drive is a must-have. 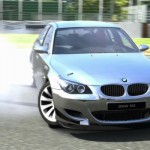