Apple’s WWDC starts today and one of the most highly anticipated announcements is iOS7. It’s said to be cleaner and flatter and now, thanks to 9to5mac.com, we’ve got the first decent-looking images of iOS 7, care of a site that’s mostly spot on with any Mac-related rumor. The look of these new apps are mockups based on the icon information taken from the Alpha version of iOS 7. The blocked-over information covers user specific info
Maybe this is all a ruse to distract us from the real iOS7 as according to Macrumors.com, “all the leaks are wrong.” The site spoke to John Gruber, a writer who’s been known to get the correct insider information on all things Apple. Gruber says, “And I also heard from somebody that just ‘all the leaks are wrong’. Which is interesting. I have no idea what to make of it.” The only solid information that Gruber could pull from his source was that the new iOS’ look will be “polarizing”. Here’s another mockup of iOS7, this time it’s a screenshot of how the finished system could look: It takes the Wall Street Journal to get some solid information regarding the actual mechanics of iOS7.

“The new iOS will also include new ways to share photos and videos with other iPhone users and other enhancements, these people said. The company is also expected to announce a long-expected streaming-music service, new laptops and an update to its Mac operating system. The highly anticipated new service—expected to be available only in the U.S.—will allow users to stream a radio-like channel of music based on their interests. It will be supported by text and audio ads from Apple’s iAd service, people familiar with the matter said. It will feature ‘Buy’ buttons to drive downloads, they added.”

So, a user-generated “iRadio”. Is this the future of iOS? Curated content driven by an MP3-happy nation of iPhone fans? Tune in later today at 10am PST (7PM CAT) as Apple’s WWDC casts these rumours aside and drives truth into our hearts. 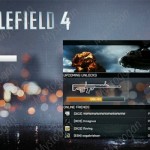