By Steven Norris: grumpy curmudgeon
Read next8 reasons why iOS 7 is the freshest fruit from Apple yet 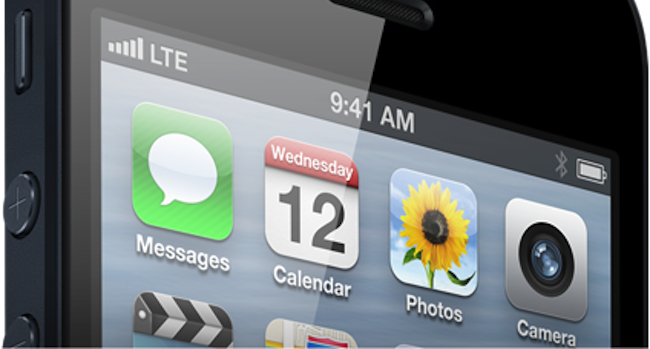 Apple’s no longer fighting for relevancy, but for innovation. Since the first iPhone, Apple hasn’t altered the size of its near-legendary smartphone, save for the iPhone 5’s 4-inch screen of course. That’s all about to change as Reuters reports that Apple is “exploring launching iPhone with bigger screens as well as cheaper models in a range of colours, over the next year.”

Four people who are close to the source (those are the best kind of people) have said that Apple wants to ape the success of Samsung who’ve successfully cornered the Phablet market. Apple’s plans are to expand its smartphone lineup with 4.7 and 5.7-inch iPhones. There’s also talk of Apple launching its rumoured US$99 budget iPhone in a range of colours to differentiate the phones from the more expensive models.

Anything regarding new iPhones, cheaper models and bigger screens are all still “under discussion” say the sources. When Steve Jobs, former Apple CEO and original creator of the iPhone, passed away many feared that his death would signal the end of innovation for Apple (Forbes writes a pithy, but excellent article regarding this). Apple’s successfully resized the iPad with the launch of the iPad Mini, so upsizing the iPhone to a Samsung-style Note device makes sense. Especially now that Samsung has taken such a hefty chunk from a market Apple once used to dominate. One of the source close to the matter says “They constantly change product specifications almost to the final moment, so you’re not really sure whether this is the final prototype.” This explains why Apple rumours are so hard to pin down.

While the US$99 began as a rumour, it’s snowballed into one of Apple’s worst kept secrets. Some even say that this is the “worst possible move Apple can make,” as a cheaper iPhone dually lowers profits and makes the coveted gadget a lesser device in the eyes of the consumer. The iPhone is a status symbol, a Samsung phone is not.

But Apple needs this. Bigger screens and cheaper devices are how Apple will win the war against Samsung (and its many other rivals) in its more challenging markets such as China and India. Most users in China love lightweight phones with gimmicky features (Samsung). And most users in India would select a cheap feature phones or a dual SIM smartphone (again, Samsung provides the answers). If Apple really wants to take a chunk from the Samsung pie, it’s going to have to produce devices that fulfill these requirements.

With the cheaper, plastic iPhones possibly shipping Q4 2013, Apple will have to keep our interests piqued with the upcoming iPhone 5S until everyone in the world has an iDevice in their hands.

We’ve contacted Apple regarding these rumours and will update when they get back to us.