By Steven Norris: grumpy curmudgeon
Read nextMissed the PS4 announcement? Here’s everything you need to know (and see) 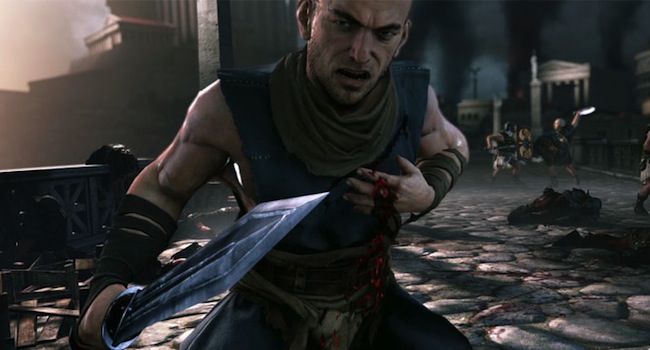 It was amazing how many of the new launch games for Microsoft’s Xbox One use online to power their best features. At this year’s Microsoft Press Conference at E3 in troubled Las Vegas, we get to see the future of games. It isn’t as rosy as we want it to be, and the Xbox 360 truly gets the short end of the stick this year, but there are gems to be found and Microsoft’s vision of always connected titles with a solid multiplayer foundation will ultimately win out the hearts of the core gamers. Its investments in casual titles were few and far between at the press conference and we got to lay eyes on games that extend past Call of Duty clones, with some touching on a true if not compelling new mechanism that’s been lacking in the polished titles of late: fun.

There’s even a stab at making the old Xbox 360 “still relevant” (those are my words) as Microsoft introduced a new-look Xbox 360 which now has all the sex appeal of an obese Darth Vader. But onto what we thought were the best games of the show.

Snake, the old and gruff star of the Metal Gear Solid universe now stars alongside, or is with (?) Kiefer Sutherland from TV show 24-fame. The graphics were tight and polished, which is more than I can say of the plot which could have been about alien teddy bears with poison ice cream guns for all I knew. Hideo Kojima opened the show after that, but the Phantom Pain will be the same tight, sneaky-snakey game we’ve come to know, love and eventually hate.

This was God of War: Xbox and Loving it edition without a doubt. Hopefully much will be done to keep the game from slipping into clone of Sony territory. The quick time attacks, the sound, the look of ancient Rome, all of it felt like God of War. We’ll have to play this more to find out if it can distance itself from its big brother.

Quantum Break worked on the interplay between TV and game. Watching the in-game scene play out was enticing and exciting. Remedy, creators of Max Payne and the like showed off a breathtaking game that actually looked next-gen in both look and action. Beautifully realized creations wandered around a Matrix-style living room as they interacted with the zero-state objects, the skin, the way the teeth clicks together it was beautiful indeed. Quantum Break is going to be a true treat for the eyes.

Next up was the rough-looking D4 — it was all cell-shading and not very interesting-looking.

Xbox harped on about discovery a lot. “We turn sparks, visions into reality.” Dave McCarthy took to stage and introduced Spark to us. As the player took the stage, he spoke and created landscapes from nothing. He had to remember a lot of keywords though for sure. “Grass, sky, textures”, the player spoke it all and with a touch of the SmartGlass (probably Surface) a character was dropped into the screen. It all looked very Fable. The presentation was very cheesy, but creating the village from nothing was fun to see. It’s hard not to imagine Fable as Spark plays out.

Other players can then jump in an “remix” the ideas. A massive battle played out then, but there’s an infinite number of ways to “play, build and share.” is this the LittleBigPlanet of Xbox One then? Most likely.

Actions in same games can be replicated and mirrored on the SmartGlass, it’s like a realtime stat-board that is for once, first party. The Smartglass is used during Ryse, the God of War style roman fighter. The surprise is that when the player says “Xbox, fight”, a live Killer Instinct match pops up. It’s nothing we haven’t seen before but Killer Instinct for Xbox One looks solid enough.

After the match, the game (which is automatically recorded on the DVR) is uploaded to Xbox Live. The user then creates their own home movie of the Killer Instinct match. It was damn cheesy. But it showed us that all Xbox Live matches can be live-streamed off Twitch. The voice and video all becomes part of the Twitch live-gaming experience. That, bandwidth allowable, would look and feel amazing.

Xbox Live moves to real money. No more points. And as a bonus, multiple family members can use most of the goodness of Xbox Live — Microsoft said that “certain family members” can use multiplayer, for instance. And the 100 friend limit has been removed, we’ll find out how high the cap is later.

Capcom knows how to entertain. Dead Rising 3 looks the business and should be as much fun as the last two. It has a Walking Dead influence now, especially with the upgraded textures. The graphics are bloodier, but does it play better? It certainly looks incredible and very busy. As crowded as the prior Dead Rising games. The Xbox One’s “power” created a massive open-world game. Anything is a weapon and distracting the zombies with flares, tires, machine guns and planks of wood looked intense. Eventually though, the game looked about as good as Dead Rising 1 and 2, which goes to show that innovation really will be the killer of consoles.

The upgrading system seems far more streamlined at least. And driving around smashing zombies to bits seemed like amazing fun. 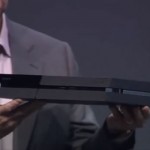